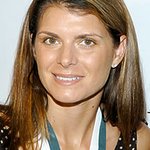 Nearly 6,000 fans attended the event at the Home Depot Center in Carson, California, on January 26 to witness celebrities play the “beautiful game” while raising awareness about bone marrow disease. Fittingly enough, it was Mia Hamm who scored the first goal for her team, while Garciaparra coached his team from the sidelines, unable to play due to Major League Baseball restrictions.

“No one else has an event like this, where they get to go out and play soccer,” said Garciaparra.

The Celebrity Soccer Challenge, which aims to be an annual event, was inspired by the loss of Hamm’s brother.

“I understand the pain of bone marrow disease first hand,” explains Hamm on her website. “In 1997, my brother Garrett passed away from complications related to aplastic anemia. Through an all-star exhibition soccer match, we are able to raise awareness and funds for bone marrow disease research, and to support families through the marrow transplant process. It was clearly my most satisfying moment away from the field.”

Through her foundation, Mia Hamm has brought her competitive spirit to the field and beyond in support of raising funds and awareness for bone marrow transplant patients.

“You change a family’s life — not just the recipient’s, but the entire family’s life – forever,” she said. “You change that despair and struggle they’ve had, and give them an opportunity for hope.”

During halftime, Hamm appealed to the audience to get tested for the National Marrow Donor Program Registry, while recipients of transplants were also on hand to tell their stories.

“If I got just one more person signed up, that’s one more opportunity that someone out there has,” she said.

Hamm inspired at least one participant to take action – Paul Caliguri, who was playing on team Nomar United.
“During halftime, I heard the stories and I was so moved,” said Caliguri. “I’m registered now. It’s fantastic. I ran up the stairs and came back before the end of the game.”

“I’m friends with Mia, because she was on the show with us one time,” said Pennington, host of ‘Extreme Makeover: Home Edition’. “Shining a light on the bone marrow thing is really cool. I lost a cousin to it, but another friend of mine fought it and won. There really is hope out there. A cotton swab [the testing method for the registry often is a cheek cell sample] goes a long way.”

The light-hearted game, which was played with lax rules, even gave some celebrities a chance to play against their own heros: “I was pretty stoked to play with Tony Hawk,” said Paul Caliguri, a member of Team Normar United. “I was trying to feed him the ball so he could score, but maybe he needed a skateboard to do that.”

More praise came from Rivers Cuomo of the band Weezer, who knocked in Nomar United’s first goal: “It was a dream come true,” Cuomo said. "Passing with Landon Donovan and going against Mia Hamm — it’s just unreal. I was terrified, but I was so excited that the excitement overcame the terror."

And perhaps the highest praise came from Los Angeles Galaxy’s general manager Alexi Lalas: “As far as I’m concerned, Mia Hamm in the soccer community is royalty – so when the queen calls, you go.”

Donations from the Celebrity Soccer Challenge will benefit bone marrow transplant patients and their families. All proceeds from the event will benefit funds set up at Children’s Hospital Los Angeles.