By Maxine Tatlonghari on November 3, 2010 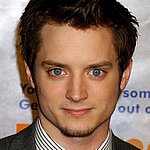 A host of celebrities turned out for the Art of Elysium Halloween Ball on Saturday, October 30, in LA, and LookToTheStars.org’s Hollywood Insider Maxine Tatlonghari was there for this exclusive report.

Halloween in Hollywood is kind of a big deal. After all, we have access to some of the best costume departments in the world! So choosing where to spend it can be a big decision. Last Saturday night (October 30), Be Cause and The Art of Elysium held its 5th Annual Halloween Ball to benefit children being treated for illness and serious injury … and this is where we chose to kick off our night.

The Party was held at brand new venue 1616 in downtown LA. I’m a West Hollywood girl, so going this far east is a bit of a trek by LA standards… but this edgy new venue was a total treat. It lent itself to a good lay-out to separate the Silent Auction from the dancing.

Little enclaves provided areas where people could mix and mingle semi-privately while still being a part of the party with DJ mixes being kicked off by none other than Elijah Wood, decked out in a white tuxedo. We were happy to catch up with him, and he gave us an exclusive on some of his philanthropic efforts.

“The Art of Elysium is so grateful to have such amazing support from Carter Bays, Jaime Becker, Sola Rose, Kim Serafin and Melissa Rosenfield,” The Art of Elysium Founder Jennifer Howell told us. "Their dedication to assuring that The 5th Annual Halloween Ball was a success is the perfect example of our volunteers giving back outside of the hospitals. We are thankful for each of our artist volunteers who come into creative art workshops on a daily basis at various hospitals and medical facilities in both Los Angeles and New York.

“Without our volunteers’ passion for the arts and the desire to share their own creative process with children facing hospitalization then The Art of Elysium would truly have nothing to give. The host committee for the Halloween Ball reached into their hearts and created an amazing party as a way to raise funds to assure that the daily workshops continue on both coasts. We are forever grateful!”

The event was produced by Sola Rose Mak & BeCause Events, and while the exact amount the Ball raised is still being tallied, Jennifer tells us it already amounts to over $33,500.

We also heard from LA Ink’s Liz Friedman on why she chose to support the Art of Elysium:

“Although I’m interested in a lot of charities, I was especially inclined to spend my Halloween supporting The Art Of Elysium because this organization directly helps and works with injured and ill children. There’s something about a child that moves me beyond anything else. They’re having to endure the pain and suffering that comes with illness that they got dealt by chance. I can’t wave a wand and cure these children from their physical pain or sickness. However, I can do all that I can to help contribute to things that will make their daily lives a bit brighter. A Smile across a child’s face is more heart-warming than anything else. A puppy is a distant runner up…”

She also spoke about other causes she supports:
“I’m a huge supporter of my future brother-in-law’s company, Mystic Rhoads Productions (MRP), and its charity fund, The Baldorf Foundation. The Baldorf Foundation is the vehicle through which MRP initiates its community development activities. The Foundation’s mission involves improving the world at the community level through education, healthy lifestyles, and environmental conservation efforts. Currently, The Baldorf Foundation is working with a Peace Corps Volunteer in rural Jamaica to provide educational scholarships to Jamaican children. MRP and The Baldorf Foundation are devoted to assisting families and children, who otherwise cannot enjoy the opportunities provided by a necessary education. This is very important to me personally, and I want to help as much as possible.”

If you missed the event, you can still take part in the special CharityBuzz.com auction, which can be found here.

Maxine Tatlonghari would like to thank Makeup Mandy and Anya M. Hair.

Kim Basinger to be Honored at Last Chance for Animals' Star-Studded Gala Oct 17, 2019

International non-profit Last Chance for Animals (LCA) is hosting its 35th Anniversary “Glamorous Hollywood Night” themed gala honoring prominent individuals who have made a positive impact for animals around the world. More →