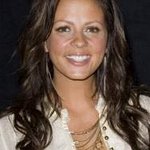 February 5, 2008, was a birthday country singer Sara Evans will never forget – it was the day tornadoes and severe weather ripped through the states of Alabama, Arkansas, Kentucky, Mississippi, and Tennessee, killing 59 people and injuring hundreds more.

It was a disaster that tore at the heart of the Tennessee local, and she immediately asked fans to donate to her favorite charities in lieu of gifts. But now the 37-year-old has gone one step further, and is auctioning some very special memorabilia to raise funds for disaster relief in the affected areas.

Until February 19, Evans’ fans have the chance to bid on a signed top and dress the singer wore in her music video to the song “As If”, with proceeds going to the American Red Cross Disaster Relief Fund. The items also come with a copy of the video and a signed Greatest Hits CD, and the auction can be accessed through the singer’s website.

“I am so honored to be a part of the National Celebrity Cabinet,” said Evans. “The American Red Cross sustains victims during disasters and has supported countless families through the recent tornados that devastated Tennessee and surrounding states. We are still seeing the devastation nightly on the news and I encourage everyone to support their efforts not just now, but all year long. You never know when a disaster will affect you or someone you love.”

The American Red Cross Disaster Relief Fund helps victims of thousands of disasters across the country every year, and relies on public donations to help victims. When disaster struck on February 5, the organization immediately mobilized volunteers and supplies to provide shelter and food to those affected by the tornadoes. They also lent emotional support to survivors and emergency workers, and helped them cope with the fear and anxiety experienced during the disaster. Even now, the Red Cross is working hard to help with cleaning up the aftermath and providing assistance where needed.

In addition to the auction, Sara Evans also recorded a Public Service Announcement to encourage people to make donations to the Red Cross, and has now taped a message for tornado preparedness. These will soon be available on the Red Cross website.

Donations to the Disaster Relief Fund can be made through www.redcross.org.