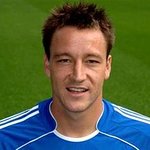 Chelsea captain and England international John Terry has been announced as an Ambassador for Make-A-Wish Foundation UK, the charity that grants magical wishes to children and young people fighting life-threatening illnesses.

The Blues’ skipper, who has already generously supported Make-A-Wish for several years by donating prizes for auction at fundraising events, will in his new role help the charity with publicity and fundraising. The star’s new role comes after he recently dedicated a goal scored during Chelsea’s Champions’ League triumph over Marseille in September 2010 to a young girl called Ruby who had her wish granted by the charity.

Speaking about his new role with Make-A-Wish, John Terry said: “Make-A-Wish does invaluable work bringing hope and happiness to such deserving children. I have had the privilege to support their work in the past and am honoured to be asked to become an Ambassador.”

Of John Terry’s support for the charity, Neil Jones, Make-A-Wish Chief Executive, said: “John has been a loyal and generous supporter of Make-A-Wish for some time. We have already seen how his commitment can help bring happiness into the lives of wish children. We are delighted that he has agreed to become an Ambassador and we look forward to working further with him.”