By Maxine Tatlonghari on December 7, 2010 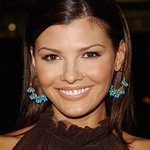 LookToTheStar.org’s Hollywood Insider Maxine Tatlonghari was able to catch up with Ali Landry at the WE CAN Community-wide Food Drive benefiting the Burbank Temporary Aid Center on November 16, 2010 at the Burbank Boys and Girls Club.

The event was co-hosted by Ali Landry and Yum! Brands. Other celebs at the event included Adrienne Maloof-Nassif, Ally Walker, Marissa Jaret Winokur and The Guncles.

One thing that I was very clear on that day is that most of the celebrities (if not ALL of them) came out that day because Ali personally invited them. We’re inspired by her commitment to amazing causes from world hunger to child safety, and her willingness to ask her friends to come and support her and her causes. She’s also very real and encourages “everyday Americans” to stand where they are… and just get involved.

How did you get involved with Boys and Girls Club, and why did you choose the Burbank chapter?

All of this started when I met the executives at YUM! Brands about a month ago. Although my husband and I do a lot of things on our own, I was really looking for an organization or a charity that we could [support] with our daughter. Now… she’s starting to understand how it feels to give to someone else … how that makes you feel … and how that makes them feel. In short, I was looking for a cause that we could support as a family.

When I learned more about YUM! brands, I found out that not only are they feeding communities in the United States, but they were doing that in the worldwide in a really, really big way. It’s something that they are very passionate about. They have Pizza Hut, Kentucky Fried Chicken, Taco Bell … all of that is YUM Brands. And they are really dedicated to the mission of fighting world hunger through the World Hunger Relief program.

So, initially the conversation was centered around Latin American countries (my husband is from Mexico). We wanted to get involved in that way and travel with our daughter while making a difference. But then I thought – with Thanksgiving right around the corner – why don’t we take a look right here, and focus in on our community [Los Angeles] at this time. After all, it’s not like there aren’t people in the United States exposed to hunger! There are so many homeless people and impoverished people right here. So we decided to do something around the holidays and get a jump start. The Boys and Girls Club opened their doors to us and here we are today! It’s perfect – and it’s so close to home!

Tell us about the other causes that you and your husband support.

There are so many … but recently, I just got certified to install car seats.

It took 40 hours (5 days of training) for me to get certified by Safe Kids Worldwide. I had no idea about all the steps that had to be taken to ensure proper child safety seat installation within a vehicle. I didn’t know that it was the #1 killer of children world wide .. more than any disease. Any child, whether they are sick or healthy, should be transported in a car seat. Personally, my own child’s car seat was not installed properly! I had it done by a technician, so I trusted that. But after I did all the research, I realized that it wasn’t done properly. Now I am a mission to make sure that every one’s child is safe! So my business partner (who is here today) and I are doing a big child seat safety event in April (2011). We are so excited and passionate about that.

It sounds like children’s issues are near and dear to your heart.

Yes, and I’m also involved with another organization called Beauty Control. I sold their products years ago and put myself through college. Beauty Control is owned by Tupperware brands and they have a Foundation that started me on my charitable path years ago called the WHO Foundation, Women Helping Others. What happens is that small organizations put themselves up for a grant and these women give large sums of money to these small organizations.

Does WHO only fund women’s and children’s issues or does it vary?

It kind of focuses on women’s and children’s issues but they will pick from whoever submits. I know they have provided a lot of support to reading and literacy programs as well as the Boys and Girls Club.

How important do you think it is for celebrities to get involved with charity?

I think for the most part, that celebrities do get involved. But I really want to speak for myself … as an average person. I mean, I am from a small town in Middle America. Originally, I thought that “giving back” meant I had to travel to another country or that I had to be very wealthy to make a difference. But now I realize that you should just stand wherever you are. Take a look in your community and see who needs a helping hand. I think we make it more difficult than it needs to be.

And I think that holds people back, this thought that it has to be done
on a large scale. You can just help an older person get their groceries once a week. It’s those simple, little things that make a big difference. It doesn’t even have to be a specific organization that you formally support … although I think that’s great too. I guess it comes down to choice. I believe that you stand where YOU are, and just take that next, small step in your own community, in your own way.