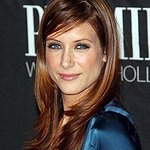 The actress offered her Twitter followers the chance to win a signed Private Practice DVD by donating to Planned Parenthood. Walsh is a member of Planned Parenthood’s board of advisors, and has caused controversy in the past for her views against abstinence education as an effective method of cutting teen pregnancy rates.

“Abstinence is one aspect of sex education, but it is not the complete aspect,” she told The Early Show. “And to expect, I think, everybody to remain abstinent is just — it’s like asking them not to grow. It’s like we don’t ask people to not try out for sports.”

Planned Parenthood delivers “vital reproductive health care, sex education, and information to millions of women, men, and young people worldwide. For more than 90 years, Planned Parenthood has promoted a commonsense approach to women’s health and well-being, based on respect for each individual’s right to make informed, independent decisions about health, sex, and family planning.”

According to the organization: “Kate Walsh joined the PPFA Board of Advocates in 2005. Kate has participated in numerous Planned Parenthood activities, including national fundraisers, local Planned Parenthood affiliate events, the PPFA Awards Gala, and lobby day on Capitol Hill promoting the need for comprehensive sex education. In 2008, she traveled to Washington, DC, to receive the 2008 PPFA Maggie Award for an Artist who Stands Up for Reproductive Health and Freedom. In January 2009, Kate spoke at the Planned Parenthood Presidential Inauguration Brunch in Washington, DC.”

Kate Walsh Wants to Get Turtles Off the Hook

Oceana - Be An Ocean Hero