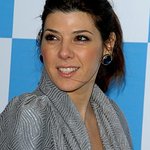 The Red Dress Collection, is an exclusive event where celebrities and top designers show their commitment to women’s heart health during New York Fashion Week and American Heart Month. Founded by the now federal convening partner The National Heart, Lung and Blood Institute’s The Heart Truth, the event reminds women of the need to protect their heart health and take action in the fight against heart disease and stroke in women.

Walking in this year’s Red Dress Collection show are two heart disease survivors – Macy’s employee Karen A. Hill from Washington D.C., who is living with cardiomyopathy, as well as an AHA national spokeswoman and Go Red For Women “Real Women” Lilly Rocha from Pasadena, CA, who survived a heart attack at the age of 37.

WHEN:
The show will take place on Thursday, February 8 at 8:00 p.m. EST, accompanied by a Facebook Live event on Go Red For Women’s Facebook page. Media check-in begins at 6:00 p.m. EST (unless otherwise scheduled with AHA/Edelman), and the red carpet will begin promptly at 6:30 p.m. EST.