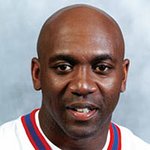 There is an amazing 6-year-old boy living in New York by the name of Jon Jon Cinelli. In December of 2007, young Jon Jon was diagnosed with an Intrinsic Pontillar Glioma, a brain tumor located inside the brainstem. Jon Jon’s condition requires daily trips to the hospital, and his community is rallying around him in an incredible display of support to help with the mounting cost of his medical care.

But it’s not just his friends and neighbors who’ve endeared themselves to this boy – Jon Jon has inspired the Buffalo Sabres Alumni, and former Buffalo Bills running back Thurman Thomas.

Thomas, who was inducted into the Pro Football Hall of Fame last summer, learned about Jon Jon’s situation through a mutual friend. Thomas and his wife have now adopted Jon Jon’s cause and are planning to host a fundraiser for him. Thomas also rallied the support of his former teammate, Hall of Fame quarterback Jim Kelly, whose son Hunter died two years ago from a rare disease. Kelly was able to connect the Cinelli family with several specialists.

“Once the word got out about Jon Jon’s cancer, things really took off and people couldn’t get on board fast enough to help us out,” said Jon Jon’s father on his blog. “If you ever become cynical about your community or the human race in general, call me. I’ll tell you about a wonderful group of family, friends, and my community, and how quickly they rallied around us with love and support. When it involves your sick child, you really get to see the true colors of human beings.”

“As for the game itself, the Sabres players were so kind to Jon Jon,” said Jon Sr. "Especially Ric Seiling, Grant Ledyard, and of all people Rob Ray, who was able to coax Jon Jon out on to the ice to do the ceremonial face off with an awesome original Sabres jersey! It had ‘CINELLI’ on the back and his favorite player Ryan Miller’s “30” on it."

If you’d like to help Jon Jon through his Journey, a benefit will be held on March 29, 2008, from 1:00-8:00 pm at the Sheridan Park Fire Hall, 738 Sheridan Dr, Tonawanda, New York. Tickets are only $20, which includes pizza, pop, beer, live music, entertainment, raffles, and auctions.

For more info on the event and Jon Jon, visit www.jonjonsjourney.com.

President George W. Bush will be honored as 2015 Father Of The Year at an event later this month. More →