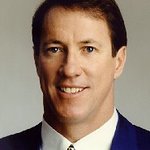 The Tostitos brand has announced plans to kick off the college football bowl game season by hosting one of the most exciting social occasions of 2011 – the “Tostitos Fiesta in the Square.”

This one-of-a-kind football-themed “party with a purpose” will benefit Big Brothers Big Sisters and take place in the heart of New York City from 1:30 p.m. to 7:30 p.m. ET on Dec. 16, 2011. The celebration will convert the Times Square Military Island into a regulation-size college football endzone where fans will help the Tostitos brand set a new Guinness World Records title for the most people to kick successful American football field goals in six hours. As part of the event, the Tostitos brand will donate $100,000 to Big Brothers Big Sisters. If a new Guinness World Records title is set, the Tostitos brand will double that amount for a total donation of $200,000.

Highlights from the event will be shared during the nationwide broadcast of the Tostitos Fiesta Bowl on ESPN on January 2, 2012. Tostitos, a flagship brand of PepsiCo’s Frito-Lay division, has sponsored the Fiesta Bowl for the past 17 years.

Former college and pro football greats, including Jim Kelly, Rodney Peete, Antonio Pierce, Martin and Bill Gramatica, and Eddie George, will be on hand to offer tips and coach fans as they take turns attempting successful field goal kicks. Joining the players will be multi-platinum recording artist, television personality and Big Brother Nick Lachey, who will serve as the official host for the Tostitos Fiesta in the Square, rallying fans throughout New York City and beyond to join the fun and contribute to the World-Record cause. Also in attendance will be “Bigs” and “Littles” from the Big Brothers Big Sisters of New York City who will join the celebration and have their shot at contributing to the potentially record-setting achievement.

“The Tostitos brand believes in being social and making any occasion a party, and this time we’re partying for a purpose by partnering with an organization that shares our passion for bringing people together,” said Justin Lambeth, vice president, marketing, Tostitos. “Through the Tostitos Fiesta in the Square, we are celebrating mentorship and showcasing the link between great social skills and successful mentoring relationships with the hope that many of the participants will be moved to get involved with Big Brother Big Sisters.”

During the Tostitos Fiesta in the Square, attendees can celebrate with one another, play interactive football-themed games together and enjoy Tostitos tortilla chips and other delicious snacks. Fans across the country who are unable to join the party in Times Square can also be a part of the action and make donations to Big Brothers Big Sisters by visiting www.facebook.com/tostitos or www.bbbs.org/tostitos between Dec. 16, 2011 and Jan. 1, 2012. The Tostitos brand will match consumer donations made from Dec. 16, 2011 through Jan. 1, 2012, up to a maximum of $25,000.

The Tostitos brand has been a longtime supporter of college football, including 17 years as the title sponsor of the Tostitos Fiesta Bowl. The Tostitos Fiesta in the Square event builds upon a long-standing partnership between PepsiCo and its Frito-Lay division and Big Brothers Big Sisters. Since 2005, PepsiCo has contributed more than $500,000 to support Big Brothers Big Sisters by sponsoring dozens of local “Bowl for Kids’ Sake” fundraising events in Dallas and other cities across the country, including Chicago, Houston, Los Angeles and New York.

“We are excited to build our relationship with PepsiCo and its Frito-Lay division through the Tostitos brand and this unique fundraising party in New York City,” said John Avondolio, Big Brothers Big Sisters Vice President of Marketing & Communications. “The Fiesta in Times Square event will be a fun and meaningful experience for our mentoring matches and families. It will also help to raise critical funds that support our programs and provide more children with long-term, quality mentoring relationships that help them achieve educational success, avoid risky behaviors and have greater confidence and improved relationships.”