Get A Wake Up Call From David Archuleta For Charity 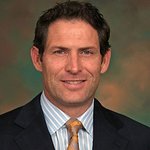 Imagine, instead of the pounding sound of an unwelcome alarm clock, that you could have a teen heartthrob, an NFL Hall of Famer, or one of the most beautiful women in America start your day with a wake-up call?

Today, Children's Miracle Network Hospitals announced that a number of its celebrity supporters have joined forces to support the organization’s annual IHOP National Pancake Day fundraiser hoping to raise $2.3 million for kids in need throughout the United States.

Among the list of high-profile volunteers who will “wake up” fans and encourage them to seek out free flapjacks on Tuesday, March 1, are NFL Hall of Famer Steve Young, Children’s Miracle Network Hospitals’ Co-Founders John Schneider and Marie Osmond, singer David Archuleta, and the recently crowned Miss America 2011, Teresa Scanlan. Wake up calls can be requested at www.IHOPPancakeDay.com through Friday, February 25, 2011.

“National Pancake Day is one of our most significant fundraisers of the year and we are very fortunate to have so much celebrity support,” said John Lauck, president and CEO, Children’s Miracle Network Hospitals. “To date, IHOP has helped raise more than $5 million in five years and we have set an ambitious goal in 2011 to bring the total amount raised to more than $7.5 million.”

On National Pancake Day, March 1, 2011, IHOP will give guests one free short stack of its signature buttermilk pancakes from 7 a.m. to 10 p.m. at more than 1,500 restaurants throughout the United States. In return, IHOP asks that guests make a voluntary donation to support local children’s hospitals through Children’s Miracle Network Hospitals and other local charities.

Additionally, Children’s Miracle Network Hospitals’ “Miracle Balloons” are being sold for $1 and $5 each and can be personalized and displayed at participating IHOP restaurants through March 1, 2011. Miracle Balloons offer guests an additional way to show their support of Children’s Miracle Network Hospitals and contribute to the IHOP National Pancake Day fundraising effort.

IHOP launched its National Pancake Day fundraising effort in 2006 with the goal to benefit the communities in which it operates. Last year’s fundraiser was the largest one-day event in IHOP’s 52-year history as four million pancakes were given away and more than $2.1 million was raised for local children’s hospitals and other worthy causes.

For more information about National Pancake Day, to find a local IHOP, or to donate to Children’s Miracle Network Hospitals, please visit www.IHOPPancakeDay.com. 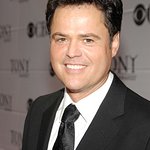 Superstar siblings Donny and Marie Osmond just can’t get enough of Las Vegas – and here is your chance to meet them. More →