Look To The Stars Asks Omarosa 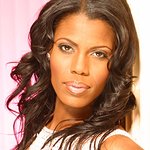 Omarosa has become the ninth contestant to be “fired” in the latest episode of Donald Trump's The Celebrity Apprentice. Look To The Stars was lucky enough to catch up with her about her passion and her need to give back.

Could you tell us about the organization that you competed for on The Celebrity Apprentice?

It’s a program called the Positive Vibrations Youth Mentoring Program at Tomorrow's Aeronautic Museum in Compton. The program is awesome because it not only teaches the kids a trade and responsibility, but it serves as a safe haven to stay out of gangs, drugs, and violence.

How did you come to be involved with the program?

I was involved in a program that was very similar to it on the east coast regarding aviation. I am very interested in aviation. I learned to fly. I started taking flight lessons and became involved in program for college age kids on the east coast. When I got to LA, I wanted to find a program that was similar and I did. Only, this one is for high school and younger age kids.

What inspires you to give back to the community?

I am a product of the streets. I grew up in the projects and there were a lot of people in my life who reached out to me. They were very generous at a time when I needed them so it is just very logical to me to give back. There is the saying “To whom much is given, much is required” and I live by that.

The Elders Urge US, DPRK To Build On Singapore Summit With Hard Work For Peace Jun 15, 2018

The Elders welcomed the historic summit held in Singapore between US President Donald Trump and Chairman Kim Jong-un of the Democratic People’s Republic of Korea (DPRK). More →