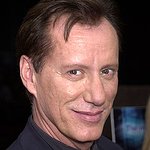 Woods brought home big winnings for his charity, earning thousands for The Michael J. Woods Foundation, in all over a dozen celebrities won funds for their favorite causes.

Held Saturday, November 17, the online event attracted an unprecedented 60+ stars, their game-playing fans and other poker enthusiasts, joining together to play in a multi-table game of Texas Hold Em’. With each star playing for the charity of their choice, but it was Woods who took top honors.

“I always enjoy a good game of poker – but this tournament took it to a whole different level,” enthused Woods. “Competing with so many celebrity friends, connecting with fans worldwide and raising funds for a worthwhile charity was nothing short of amazing. I’m proud to be the winner of this first online celebrity tournament from PLĀOR, which has officially carved a revolutionary new niche in the way Hollywood does charity.”

This event validated a new and promising model for more easily benefiting charities near and dear to celebrities, Hollywood Poker introduced the first ever celebrity Poker Facebook tournament to help launch its parent company, PLĀOR, a start-up gaming venture with the mission to combine fun, fandom and philanthropy.

For the first time, fans were able to join this unique, live online event to connect with their favorite stars and interact with them in a meaningful way at the virtual poker table.. Tens of thousands of eager fans rushed the tables to be a part of the action. Ultimately it was Dirk Vanry (CITY) who outmaneuvered fellow players to win the grand prize: an all-expense paid trip to Hollywood to party with the stars on Oscar night.

PLĀOR’s celebrity relationship executive and co-founder Alan Pavlish said, "We are overwhelmed by the amazing support of our celebrity friends. This really is just the beginning of what we will bring to fans. The team is already preparing for our next celebrity charity event that will take place on December 22nd fans and players can get in on the action now on facebook at www.facebook.com/hollywoodpoker. "

You Gotta Believe (YGB) announced today that actor Willie Garson will join its Board of Believers, a group of passionate volunteer advocates who dedicate themselves to helping the organization find loving parents for older children in foster care. More →