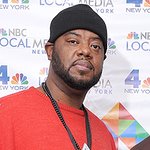 Grizz Chapman is used to playing a supporting role, in his earlier life as a celebrity bodyguard and in his current role as part of Tracy Morgan’s entourage on the Emmy award-winning NBC hit show, “30 Rock.” But Chapman is taking the lead in the fight against kidney disease in his new role as spokesperson for the National Kidney Foundation and Chairman for the Foundation’s 2011 Kidney Walk series.

The National Kidney Foundation’s Kidney Walk events are held throughout the year in nearly 100 communities nationwide, totaling 75,000 walkers. Chapman will personally attend seven Kidney Walks, helping raise funds through the creation of Walk teams in each city. Local walkers can join his “Team Grizz” by visiting teamgrizz.com and supporting the foundation’s efforts in public education, early detection, advocacy and research.

The alarm was sounded for this father of two when he began spilling protein into his urine a little over two years ago. Uncontrolled high blood pressure damaged his kidneys and ultimately led to kidney failure.

As he walks, Chapman plans to spread the word about the need for early detection for kidney disease and the critical national shortage of donor organs. Chapman, who shot “30 Rock” while undergoing dialysis treatment for kidney failure three times a week and recently received a donated kidney, has a powerful message for the public. He urges Americans to"take care of your health even when you feel good. Especially, keep your blood pressure under control and pay attention to your urine. If it’s foamy, that’s not a good sign and you need to check out your kidneys."

Says Chapman, “I am honored to be teaming up with the National Kidney Foundation to spread the word about risk factors and bring awareness to others about this silent epidemic.”

After shedding over 160 lbs, Chapman underwent a successful kidney transplant last summer. His new kidney was a gift from a 19-year-old altruistic donor, Ryan Perkins, of Phoenix, Arizona.

Chapman and Perkins will team up for the Kidney Walk in Phoenix, Arizona on April 2. Other cities Chapman will participate in the Kidney Walk include: Hempstead, NY, Atlanta, GA, Syracuse, NY, Philadephia, PA, Georgetown, Washington, DC and New York, NY.

The National Kidney Foundation, Inc. (NKF), is the major voluntary health organization dedicated to preventing kidney disease, improving the health and well-being of individuals and families affected by kidney disease and increasing the availability of all organs for transplantation. For more information visit kidney.org and to join Team Grizz visit teamgrizz.com. To follow Grizz on Twitter, visit www.twitter.com/grizz30rock.

Today, March 10, is World Kidney Day, and the whole of March is National Kidney Month. Find out more here.