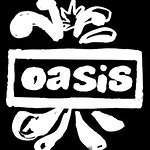 Former Oasis star Liam Gallagher will perform with his new band, Beady Eye, at a special celebrity charity gig in London next month to raise money for victims of Japan’s tsunami.

“Liam has been shocked by the footage of the devastation in Japan,” reports Britain’s The Sun newspaper. "Oasis were, and still are, hugely popular out there. The band have always been treated like kings so he wants to do his bit.

“Graham has mentioned the gig to Damon Albarn. It could be the end of one of the most famous British rock ‘n’ roll feuds ever if he shows up.”

Oasis and Blur competed against each other in the Brit Pop scene during the 1990’s.

The show will take place at London’s Brixton O2 Academy on 3 April. Tickets go on sale on Friday 25 March at 9am. Proceeds will go to the Red Cross.