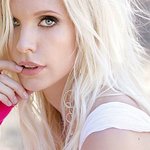 Philanthropic singer/songwriter Kelly Harper has a seventh song to premiere on Oxygen Network’s “The Bad Girls Club”. Kelly’s song will be aired during the show on Monday April 4, 2011 (check local listings for times).

Kelly recently returned to the studio with producer Rob Wells to work on her second CD that will be released fall 2011. Kelly has also been donating her time to benefit local and national charities, including recent appearances at the Scott L. Schwartz Celebrity Cupcakes For Charity as well as Toys for Tots & Santa’s Gift.

Six of Kelly’s songs have already been featured on the Bunim/Murray Productions number one rated show on the Oxygen Network “Bad Girls Club”, MTVs “Road Rules,” E Channels “Living Lohan” and “Real World.” One of the most recent additions is on the popular new show on the Oxygen Network, “Love Games.” Her song, “Till This Goes Away” has also gained some spotlight; winning the Best Song of the Month Contest awarded by the acclaimed www.SingerSongwriterUniverse.com".

Kelly’s next CD will be released in the fall of 2011 while she is on tour. With a Gibson endorsement, a national tour under her belt, unrelenting worldwide radio airplay, along with TV and film placements Kelly Harper is making her impact on the entertainment industry. Kelly has agreed to donate $1 of every CD sold to benefit Santa’s Gift & Toys For Tots Foundation.

For More information on Kelly Harper, visit www.kellyharper.wordpress.com or www.myspace.com/kellymharper.