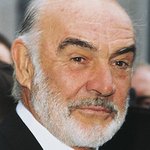 Sean Connery and Friends of Scotland will once again host the Dressed To Kilt charity fashion event in New York tonight, as some famous faces hit the catwalk for several good causes.

Some of the models strutting their stuff for Scotland at the event will be Billy Connolly, Amy Grant, Matthew Modine, Kellie Pickler and many more.

The 2011 Theme of the show draws its inspiration from the world of country music, particularly its roots and origins. Country music began with the ballads, songs and instruments from the Scots and the Scots-Irish. For much of the 18th and 19th centuries the Scottish immigrants came to the Appalachian mountains of North America and they brought with them their music and their instruments. These people did not have an easy life and their music gave them an outlet to express their hardships. This music was preserved primarily in the southern USA, from Tennessee to Texas. In the 20th century the personality of the this music changed and many sub-genres emerged. Now at the beginning of the 21st century country music is one of the most popular music forms and in fact is one of the best selling music genres after pop/rock. Remarkably a very large percentage of country music artists have a Scots or Scots-Irish background. To name but a few, this group includes Amy Grant, Brad Paisley, Reba McIntyre, Martina McBride, and Tim McGraw. This year’s show will have more live artists and music than previous years. There will be Scottish artists that represent the roots of country music, world renown Scottish performers that represent the best of the current Scottish music scene and there will be several major country music stars present.

The fashion show itself will be where the best of Scottish design creativity meets country cool. Scottish couture meets country and western. Specifically, the organizers are asking their designers to capture the incredibly adventurous and strong spirit that represents the birth and growth of this country and western music world and translate it into contemporary design.The designs should have a minimalist approach and the collections a classic edge that are in large part season-less. This is not a world or a heritage that was marked by conspicuous consumption. It is much less about flashy statement and frivolity and more about utilitarian couture.

Funds from this year’s event are being raised for the Wounded Warrior Project, the Paralyzed Veterans of America and the Erskine Hospital in Scotland.