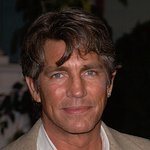 Oscar-nominated actor and vegan, Eric Roberts (The Dark Knight, The Expendables) will star in the second season of the series which begins production this week.

Vegan 101 is a multi platform series syndicated through Web TV, TiVo, iTunes and iPhone. It is the first vegan sketch comedy series on the internet written by Rose, who is a longtime vegan and animal rights devotee and produced by Vegan Vision Productions.

Rose, who originates from Melbourne, Australia and is based in Los Angeles, is the founder and CEO of Vegan Vision Productions, a New Media company inspiring compassion and entertainment.

Vegan 101, launched online in mid 2009. The series consists of exaggerated parodies of veganism from all walks of life in various situations through stand-alone sketches to combine both fun and vegan knowledge. The story lines will inspire others to see the comedy in aspects of their lives and may inspire you to go vegan.

In the new season, Roberts will play lead character, Dr. Eaton Wright, in a hilarious look at what happens when Dr. Wright takes the vegan lifestyle by storm with his TV show “Eating Right” to promote vegan awareness inside and outside of the vegan community using risqué and oddball antics.

Roberts, “Is an incredibly talented actor whose passion for the vegan lifestyle and animal rights was the ultimate choice for the second season,” Rose said. “I am very excited to have Eric on board.”

Rose explains “People love to laugh and be entertained. It’s a way of educating others about veganism through unconventional ways. I hope the word ‘vegan’ becomes a strong part of global vocabulary, which will inspire others to learn about the lifestyle through curiosity and fascination. With entertainment, people won’t shun away.”

The series has received celebrity endorsements from musicians, Jane Wiedlin (The Go-Go’s) and Rikki Rockett (Poison). The theme song was performed by John Richardson of alternative rock band, The Gin Blossoms.