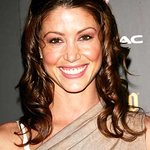 Celebrities such as Shannon Elizabeth and Michael Clarke Duncan and sports stars Pierre Garcon, Jonathan Vilma, James Ihedigho, Lamaar Woodley and Leigh Bodden are among the many notables going to Punta Cana, Dominican Republic, April 29 – May 1st for the first ever “Legends Weekend: Celebrities for Charity.”

This gala fundraiser at the exclusive Hard Rock Hotel and Casino will raise much needed money to build a hospital and school in devastated Haiti.

For three event-filled days, there will be a celebrity baseball game, golf tournament, as well as a beach concert featuring Fabulous Fat Joe. The hallmark event is a celebrity poker game pitting the numerous stars in attendance against “The Average Joe.”

The money raised is going to five charities, all working in concert to build the necessary facilities in Haiti. They are: Hope for Haiti, Global Syndicate, Perre Garcon Foundation, Helping Hands Foundation and Jonathan Vilma Foundation.

Hard Rock Hotel & Casino, Punta Cana, is the gracious host for this one-of-a-kind event. The hotel is one of the most luxurious resorts in the Caribbean with one of the most popular casinos in the Dominican Republic. The rooms, all suites with balconies, are elegantly-appointed and overlook 12 expansive swimming pools. In addition to several haute cuisine restaurants and bustling bars, the hotel is going to open on Saturday, April 30th the nightclub Moon Bar.

You can also ride in style with your favorite celebrity!! “Legends Weekend: Celebrities for Charity” is offering a special deal for $5,000 person that allows you to fly down on a private jet with all the stars and pro sports players attending in addition to deluxe hotel accommodations and all the fun-filled events.

Tickets for the weekend are $1680 per person – that includes a suite at the hotel, airfare and admission for all the events. For further information go to www.pokerdr.org.