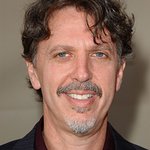 On Tuesday, May 17, 2011 some of the biggest names in publishing, finance, technology, media and the entertainment industry – such as Heroes creator Tim Kring – will come together at Hollywood hotspot Avalon to raise money and awareness for the life saving and quality of life improving work of Children's Hospital Los Angeles.

Larry Benet’s SANG V Conference will be bringing the top authors and many brilliant minds from many industries together in Hollywood from May 16-18, 2011 including:

The SANG V conference luminary speakers and attendees will join together with Hollywood elite for an unforgettable evening. Guests will dance to the sounds of DJ Mark Kingsley and enjoy custom cocktails, gourmet snacks and delicious desserts all in the legendary Avalon ballroom. 11- year old heart patient Eileen Garrido will take to the stage to perform and represent all of the kids at Children’s Hospital Los Angeles. Eileen has recorded and released two CDs in which she sings her favorite Disney songs and Broadway music. In July of 2009, Eileen was inspired to create her own non-profit organization known as “Beating Hearts,” which is dedicated to helping raise funds for hospitals that treat sick children, especially those with cardiovascular illnesses. Eileen donates a portion of all CD sales toward this cause. Her goal is “to make sure every child has a healthy beating heart”.

Larry Benet and a surprise guest will then host the live auction featuring incredible once in a lifetime and priceless experience packages generously donated by Bluefish and Larry’s celebrity friends to benefit Children’s Hospital Los Angeles. Proceeds raised from the live auction will help fund The Mark Taper – Johnny Mercer Artists Program and the “Literally Healing” program at Children’s Hospital Los Angeles.

Partygoers will then be treated to an incredible interactive experience when they jump onstage and enjoy a ROCKSTAR moment by singing hits backed by Traffic Jamm presented by de Bois Entertainment, (Oprah’s favorite event band) in exchange for a donation to Children’s Hospital Los Angeles. Guests will be able to choose from over 100 classic hits such as “Livin’ On A Prayer”, “Don’t Stop Believin’”, “Walk This Way”, “R.E.S.P.E.C.T.”, “Start Me Up” and “Fly Me To The Moon” along with current current chart-topping hits such as Cee-Lo’s “Forget You”, Katy Perry’s “California Girls” and Lady Gaga’s “Just Dance.” BE FORWARNED: this is NOT your mother’s karaoke.

“I’m excited to be bringing the SANG community which consists of the some of the world’s top business thought leaders, socially conscious entrepreneurs and philanthropists together for an evening of fun and connection. We’re excited that the SANG community and entertainment industry can come together to raise money for the incredible work Children’s Hospital Los Angeles is doing in the community”, says Larry Benet, CEO of SANG.