NFL Stars Bowl For Down Syndrome 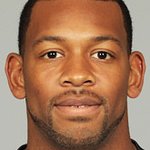 The event raised more than $3,500 and brought out over 100 of Bing’s family, friends, and local business owners. Proceeds from the event will be donated to the Down Syndrome Association of Los Angeles (DSALA).

Bowling with the Stars was held in honor of Bing’s cousin, who is affected by Down syndrome.

“Since I am very close to my cousin who is affected by Down syndrome it made sense to put on this event to raise awareness and show people that even with this type of disability they still can have a good time bowling and interacting with others,” Bing stated.

According to DSALA, a non-profit organization, Down syndrome is the most common survivable genetic difference affecting one in every 733 live births. The genes on the extra chromosome interact with other genes causing varying degrees of learning difficulties as well as physical disabilities. The learning difficulties or degree of intellectual disability can be mild to severe, but most commonly falls somewhere in the moderate area.

DSALA’s mission is to enhance the welfare of people with Down syndrome and their families through the development and promotion of education, counseling, employment and recreational programs and to increase public awareness, and understanding and acceptance of Down syndrome. As an affiliate of both the National Down Syndrome Society and the National Down Syndrome Congress, DSALA provides families with the link to a nationwide community that supports individuals with Down syndrome. 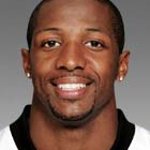