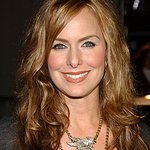 You probably know her as Jan from NBC’s The Office, but Melora Hardin's face is one that has been gracing our television screens for years. A trained dancer, she is a veteran of all the shows we used to love – The Love Boat, Diff’rent Strokes, Little House on the Prairie, Magnum PI, Friends, Monk … the list could go on and on. And with big screen appearances in films such as Reckless Kelly, The Hot Chick, Absolute Power, Thank You For Smoking, and 27 Dresses, it is almost certain that most people have seen her face somewhere.

As if television and film acting was not enough, Hardin recently made her feature film directorial debut with You, and has released two CDs of her original vocal stylings – a talent that will see her perform the role of Fantine in Les Miserables at the Hollywood Bowl in August. This will be followed by the release of her latest movie, Seventeen_, – alongside Zac Efron (High School Musical_) and Matthew Perry (Friends) – in October.

With the new series of The Office set to debut in America on April 10, Melora found a few minutes to talk to Look To The Stars about how people can make the world a better place.

Hi Melora. A few weeks ago you went to the bebe Luncheon and Fashion Show in LA, which was a fundraiser for the Make-A-Wish Foundation. Tell us a little about the day and what attracted you to it.

I found out about the Make-A-Wish Foundation many, many years ago. I started acting professionally when I was 6 years old, and when I was about 12 my close friend’s mother was volunteering for Make-A-Wish. I had appeared on some show at that time that one of these kids really loved, so I went to the hospital and met this kid about my own age, shook their hand, signed a picture. And I was so moved by that. I felt that I could do something – I could use the celebrity that I have to give back as much as I can.

With the bebe event, Manny [Mashouf] invited me – he’s a really lovely guy – and so I thought it would be a fun day. I offered my support to both him and Make-A-Wish. I had great fun. Lots of yummy food and lots of nice people, and they gave away some great prizes and people won some good things. I think Make-A-Wish is a wonderful charity.

Where do you find your own inspiration to help others?

I feel like we’re all equal, and that some of us are luckier than others – born into situations with more opportunities, more education, more love, more culture, and all those things. But that doesn’t make anyone more important, just because they’ve been born into it. So I really do feel like everyone is innocent until proven guilty, and I really do try to treat people that way. I’m often shocked when people are bad. But I think there are very few really bad people in the world. I’d say most of the people in this world are good people who do the best they can. Unfortunately, the few really bad people can affect the way we see things. So I guess it’s really trying to live and let live.

What would you say to someone who wants to help a cause but doesn’t know where to start?

I would say the first thing is the internet, that is one of the greatest tools we have in our time. Now you can go online and find anything from anywhere across the world, if you try hard enough and keep on searching. And if you don’t have access to the internet, then you can just ask – if you need something, if you’re looking for something, just ask where ever you can. If it’s the internet, great, if it’s friends and family, then start there, then branch out and just go as wide as you can until you can find your way.

How would a charity attract your attention?

Well firstly and obviously I would have to feel aligned with whatever their message is, and then secondly I would want to feel that whatever the money is that they were getting is really going towards the cause, and not just creating more and more paper to send out to people. If they send that out to everybody, then that’s thousands of dollars and hours of time, and thousands and thousands of trees. To me it’s such a waste, and it’s not a great use of money. So when I look at charities that are really successful, like Greenpeace or Make-A-Wish, they’re really using the funds that they’re gathering to do what all of their supporters want them to do. So I would say that would be a very high priority for me.

If you could start a charity, what would it be?

I’ve often said that I wish every graduate from high school would be handed a Euro Pass to go round Europe – that’s what I did when I graduated high school. I traveled around Europe for three months by myself. It was one of the most wonderful and balancing experiences, and I think that if you get out of your own backyard and see the world a little bit, you realize that there are good people everywhere. The conflicts that happen in our world are really based on politics, they’re not based on the things that everybody believes they are based on. I feel that people should get on a plane and fly somewhere, live somewhere, and have to deal with the way the cultures differ, to make friends and start to have compassion and empathy for the different ways of doing and being. That’s one of the greatest gifts you can give a young person, and I really wish there was such a program.

I just think we would have a much better chance of peace if people got the chance to see the world and spend a little time traveling. Even if it’s the only time they ever do it in their whole lives. I think it’s appalling to me that we have a president who never traveled out of this country until he was elected. I don’t know how you can possibly run a country when you haven’t seen other countries and the way they live their lives. You don’t get a sense of that from television. You just don’t.

That would be a charity I would be really interested in if there was such a thing, where young people had the opportunity to see the world and learn a little about other cultures by being immersed in it.

Are there any other charities or causes you support that you think need help?

I’m on the Board of Directors for Victoria Rowell’s Foster Children Positive Plan, which brings fine arts to foster children. It means that if a foster child would like ballet lessons, we get them their lessons and whatever they need. I have found that it really reaps benefits. Victoria Rowell is a soap actress here and was a foster child. She had a great foster family that put her into ballet, and from there she became a successful actress. I find that things like that can really change someone’s life.

What do you think are the biggest problems facing the world today, and how can one person make a difference and help solve them?

I think we are a consumer-driven society, and that really affects all of us. People really don’t know much about it. I just got emailed a video called The Story of Stuff. It’s really wonderful and very informative about where our “stuff” comes from, how it becomes our stuff, and then where it goes. And how that affects the environment to a really drastic and horrible degree. You know, when you look at our stuff today as opposed to the 1930s, things were made to last back then. Now things are made to break, so that you have to buy more. And its really so unfortunate for our planet. The more things we make, the more the planet suffers. It’s really fascinating, and I would encourage everybody to have a look at that video, because it really taught me a lot.

I think there are a lot of simple things people can do. You know, yesterday I was at Whole Foods buying my groceries, and I bought seven cloth bags that from now on I’m going to take my groceries home in and keep using them every time. I’ve wanted to do that for a long time, and finally I said this is something I can do.

The environment is really a serious issue, and it really doesn’t take that much to make a difference. I would just say that people should do whatever they can do – it’s good not to litter, it’s good not to pollute, it’s good to recycle when you can.

Then there are food issues.

In our country, we have more childhood diabetes now than we have had ever before. And that’s because everything is packaged with sugar. So when someone thinks they are giving their child a slice of bread, they are actually giving their child a slice of bread that has sugar in it. Everything that they’re eating has sugar in it. Then we end up putting kids on anti-hyperactive drugs instead of adjusting their diet and realizing that sugar is a drug. I have a real issue with sugar because I really see how it changes my kids’ personalities, and it’s a really tough one because at every single party they go to there’s sugar, it’s just constant sugar for kids. I’m sure it’s different in different parts of the world, where sugar isn’t quite so available or common. But in Western culture it’s a problem, and I’m concerned about that because I do have young kids.

Can you give our readers a final message on how they can make the world a better place?

You have to be aware and conscious. I understand it’s hard, it’s easier to slide through life and pick up what’s there. But it starts with just one person. The more conscious the person can become the better. Whatever they feel they can wrap their brain around and take on and feel responsible for, the world will become a better place.

Thanks for your time, Melora.