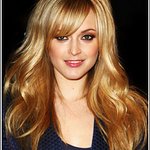 Kristin Hallenga, the founder of breast cancer awareness charity Coppafeel, will be using Fearne Cotton as a role model for young females. The aim is to encourage them to check their breasts for any signs of cancer.

“I think it was also why everything got so successful. After the awards I had thousands of emails. It was overwhelming.”

During an interview between BBC Radio 1 presenter, Fearne Cotton and Kristin for BBC’s Newsbeat, Hallenga said,

“I was told three times that I was just too young to get breast cancer. I decided that my story needed to be told, and we need to get young people thinking about breast cancer.”

Cotton has recently featured in a video for Coppafeel which encourages young people to check their breasts. The video can be viewed here or at Fearne Cotton’s official website.