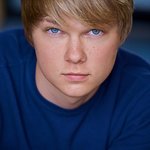 Nickelodeon’s Austin Anderson and Radio Disney Stars Savvy & Mandy will host an “Ice Cream For Breakfast” social and concert to raise awareness and funds for Give Kids The World Village (GKTW), a Central Florida ‘storybook’ resort that provides cost-free vacations to children with life-threatening illnesses and their families.

Special guest at the event will be All My Children’s Alicia Minshew, as well as Ashley Argota and many others, including:

“Ice Cream For Breakfast” is annual campaign that aims to increase awareness and funds for GKTW by encouraging families, friends, community groups and corporations to show their support for the charity by hosting and attending ice cream socials in their hometowns.

For over 20 years, GKTW has been serving up smiles and memories for families in the form of all-you-can-eat ice cream in the “Village’s” infamous Ice Cream Palace. In a place where parents never have to say “no,” the Palace is open from early in the morning until late at night, so everyone can enjoy ice cream whenever they want—even for breakfast.

The Ice Cream For Breakfast Event invites fans, teens and families to purchase a ticket to the Hollywood Social, which includes complimentary ice cream sundaes & gourmet soda pop, a gift bag with cool summer gear & prizes, and a private concert by Austin, Savvy & Mandy. Attendees will also have the chance to mingle with their favorite stars from ABC, Disney, Nickelodeon and more. 100% of all ticket sales are donated to Give Kids The World.