Meet Your Heroes For Charity With Pro Dono 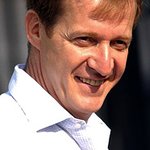 An organization in the UK is giving you the chance to have one-to-one conversations with public figures in aid of charity.

Pro Dono is a not-for-profit organization that organizes meeting-of-mind experiences with public figures in aid of charity. Figures from all areas of eminence (from academics to actors, media personalities to politicians, sportsmen to entrepreneurs), the Pro Dono Ambassadors give their time to meet members of the public one- to-one for lunch, dinner or some other experience related to their area of expertise (e.g. a cookery lesson, tour, or backstage access).

The Ambassador gives (for no payment of any kind) a couple of hours of their time in order to meet the member of the public. The proceeds are donated to the Ambassador’s charity of choice.

Pro Dono is an effective way for charities to raise money. As Nicholas Parsons OBE, one of the Pro Dono Ambassadors, explains: “I think it is a very practical, professional business idea to raise money for charities”. The opportunity to meet one’s hero and at the same time benefit a charitable cause is, of course, not a new one, with many charities offering time with their famous patrons or celebrity supporters to raise funds. But it has never before been organised from one platform nor with such co-ordination. No other organisation offers this number of opportunities: charity auctions, for instance, are usually held annually, but Pro Dono offers its experiences year round.

To find out more about this fantastic organization and the many public figures who are taking part, click here.

The Duke and Duchess of Cambridge and Prince Harry have released ten films as part of the Heads Together mental health campaign. More →