Tennis legend, philanthropist, and Longines ambassador Stefanie Graf teamed up with Longines last week for two special events, the Longines Women Who Make a Difference Awards and the Longines Center Court for Kids Clinic in Harlem.

On Wednesday night, Town&Country Magazine and Longines, the Swiss watch company, partnered for the third straight year to celebrate extraordinary women who have made an impact on children’s lives. Three women were selected to be honored at the elegant dinner which took place at Hearst Tower in New York City and hosted by Longines, Graf and Town&Country’s Senior Vice President/Publisher and Chief Revenue Officer Valerie Salembier. Honorees included Ann McGee, founder and President of Miracle Flights for Kids; Ann Tisch, founder and President of the Young Women’s Leadership Network; and Gracie Cavnar, founder and CEO of Recipe for Success Foundation.

“Longines is honored to help celebrate the incredible contributions and impact that these women have had on America’s youth,” said Jennifer Judkins, U.S. Brand President. “These women have identified a need in their community and are doing everything in their power to help. Their organizations will continue to make a lasting impression on the lives of countless children and they deserve to be recognized for their selfless and tireless efforts.”

In addition to gifting each honoree a sparkling Longines Dolce Vita steel and rose gold timepiece, Longines also donated on behalf of each attendee to the charity of their choice. Guests chose among Miracle Flights for Kids, Young Women’s Leadership Network or Recipe for Success Foundation.

As part of the honor, the women and their organizations will be featured in the February 2012 issue of Town & Country.

Following the event on Thursday morning, Graf was on familiar turf as the 22-time Grand Slam champion took to the tennis courts at the Harlem Armory for the Longines Center Court for Kids Clinic.

“I’m sincerely honored to be here today as part of the Longines Center Court for Kids Clinic,” said Graf. “It’s so much fun hitting with the kids from the Harlem Junior Tennis and Educational Program. Teaching children about the significance of education and staying active is very important to me because I believe participating in a sport at a young age teaches hard work, perseverance and discipline.” 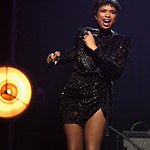