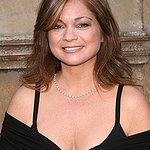 Prevention Magazine has announced they will host the first-ever “Prevention Healthy TV Awards,” an evening in celebration of television programming and personalities that delivers the best message and role models for healthier lifestyles.

The evening will commence with cocktails and hors d’oeuvres, followed by a presentation spotlighting the inaugural honorees. The “Healthy TV Awards” winners were featured in the September issue of Prevention Magazine.