Stars Come Out For Pride Of Britain Awards 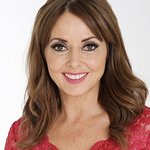 Every year the most deserving people in Britain are honored at the Daily Mirror’s Pride of Britain Awards in London sponsored by Littlewoods.com.

The ceremony, hosted by Carol Vorderman, celebrates the achievements of truly remarkable people who make our world a better place.

Heroes from all over the UK attended the event, including the winner of the Littlewoods.com Young Fundraiser of the Year Award, George Major who raised GBP 20,000 for a hospital in Reading.

Other winners were 11 year old Tom Phillips from Abergavenny, Monmouthshire who saved his father from a rampaging bull and Gurkha Dipprasad Pun, who saved the lives of 3 colleagues whilst on duty in Afghanistan.

“This is my favourite event,” said Coleen Rooney. "I’ve been coming for the past three years and I wouldn’t miss it for the world.

Mark Newton-Jones, Chief Executive of Shop Direct Group commented: "The incredible Daily Mirror’s Pride of Britain Awards showcase everything that is fantastic about the people of this country. They give us the opportunity to celebrate remarkable acts carried out by the great British public at a time when all we seem to hear about is what’s going wrong with our society. This is a night to recognise those who have gone beyond the call of duty – and to remind ourselves why we should all be proud of Great Britain.

“As Chief Executive of Shop Direct Group, I am delighted that we have been able to actively support this amazing event and our Littlewoods brand has again been able to sponsor the awards for the second year running.”