Celebrities To Hit The Streets For AIDS Walk Los Angeles 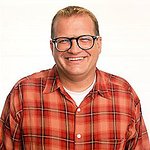 Over 30,000 people are expected to fill the streets for the 27th annual AIDS Walk Los Angeles this weekend, including some of your favorite celebrities.

In this thirtieth year since AIDS was identified in the United States, AIDS Walk Los Angeles remains a vital source of private support for programs and services that sustain lives and prevent new infections. The event is the single largest source of private support for direct services that thousands of low-income Angelenos living with HIV/AIDS depend on – like food, medical care, housing help, and more.

The venue for the event is West Hollywood Park: San Vicente Boulevard between Santa Monica Boulevard and Melrose Avenue. The opening ceremony starts at 9:15am, with the walk starting at 10am. For more information, click here.

Emmy-winning television star Carson Kressley, who hosted the inaugural broadcast of the American Humane Hero Dog Awards, every animal-lover’s favorite event of the year, is returning to host the two-hour 10th anniversary celebration of the awards on Hallmark Channel on Monday, October 19 at 8 pm/7 Central. More →