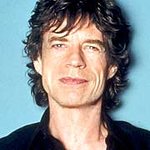 Mick Jagger, who has been a keen economic activist for some time, has been made an honorary Ambassador of the Rainforest. Peruvian officials named the rock star ambassador as he travels through South America with his family, visiting national treasures such as the Inca site Machu Picchu.

Experts now suggest that the last of the rainforest, which has been disappearing rapidly, will be gone within 40 years because of logging and industry. Almost half of the world’s species of animals and plants are predicted to be extinct by the end of this period and even more scarily, in Brazil alone, more than 90 indigenous tribes have been killed off since the 1990s.

More encouragingly, if the destruction of the rainforest was halted now, by harvesting its many nuts, fruits, oil-producing plants, and medicinal plants, the rainforest would have more economic value than if they were cut down to make grazing land for cattle or for timber.

Jagger will be traveling the world, promoting awareness of the issues around the rainforest and surrounding areas, helping to gain the protection it so sorely needs.