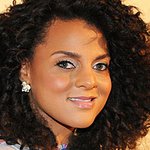 Proceeds from the dinner will aid the TMCF in its mission to provide students with greater access to higher education and the opportunity to become a part of a new generation of global leaders. Named for the U.S. Supreme Court’s first African-American justice, the TMCF was established in 1987 and supports and represents nearly 300,000 students attending their 47 member schools.