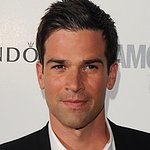 THE biggest ever UK Charity Sports Challenge – pitting four nations against each other and starring a host of well-known celebrities, top sportsmen and women and 4000 sport-loving members of the public – is to be one of the highlights of next year’s Sport Relief.

The newly-formed DHL First Nation Home will be the ultimate sporting showdown between England, Ireland, Scotland and Wales as the celebrity teams run, row, cycle and sail their way around the UK and Ireland.

The four Teams, which will be made up of celebrities and sports stars representing their “home” country will race over 1000 miles around the UK and Ireland over a seven day period from 10th -17th March 2012.

On Sunday 25th March, ONE THOUSAND members of the public who each secured one of the limited places to represent their country will run the final SIX mile to the finish, alongside the many famous faces in their individual teams. In doing so these members of the public will determine which nation is the first winner of the inaugural First Nation Home challenge.

Members of the public will be able to secure one of the limited places from today (26th October 2011) at www.firstnationhome.com. They will have to pay an entry fee of £60 and commit to raise a minimum sponsorship of £450 each between now and the final run on March 25th 2012.

Each national team will consists of 10 members including international rugby players and an Olympic hero from one of the sports, sailing, running and cycling who will join their home national team as ‘ringer’ for their particular discipline – this year raising money for Sport Relief.

Dame Ellen MacArthur will be at the helm of Team England’s 72 foot challenger yacht from Northern Ireland to Scotland, while Team Scotland will benefit from the skill and expertise of World Champion cycling time trialist Graeme “The Flying Scotsman” Obree who will line up against his great friend and rival Chris Boardman OBE, Team England’s own World Champion and Olympic Gold medal-winning cyclist.

The national teams will start the race simultaneously from their home cities of Cardiff, Dublin, Edinburgh and London and will head off clockwise around the UK and Ireland via the other four capital cities as they battle their way to be the First Nation Home.

The challenge is sponsored by the world’s leading logistics company, DHL and supported by top sports clothing company Adidas, who will kit out the celebrity teams and the 4000 public participants in their national colours. The challenge is also supported by the UK’s leading Brewer Heineken and Halfords – The UK and Ireland’s largest cycling retailer.

Challenge Director, former Scottish Rugby International, Cameron Mather said: "This challenge is all about legacy, encouraging active participation in sport and giving the general public a chance to represent their country alongside their sporting legends and heroes as well as a few very keen and very fit celebrities! It’s a unique event because of the public’s participation and they will be the people who will ultimately determine if their country wins the challenge and, at the same time, raising a mountain of cash for Sport Relief. What more motivation do you need!

“We are combining the natural patriotic pride and the competitive spirit of the four Home Nations which is the basis of the Six Nations Rugby Championship and the rare opportunity to get sweaty and up close and personal with a lot of famous faces.”

Sport Relief supporters from all over the country will get the opportunity to cheer their home teams on as they pass through major cities such as Edinburgh, Cardiff, London, Liverpool, Dublin, Belfast, Larne and Stranraer as well as sponsor their own Home Nation. The full route will also be available at www.firstnationhome.com.