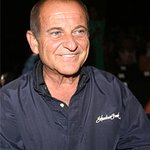 “We are very excited to have Joe Pesci and Kordell Stewart joining the field for the first time and to have Sterling Sharpe return,” said Darin MacDonald, tournament director of the BMW Charity Pro-Am. “It is unfortunate to hear about Samuel L. Jackson, David James Elliott, Kevin Sorbo and Lucas Black, but we understand. They had committed to play, but apparently the shooting schedules of their new movies have changed. We understand that their work takes precedence, and we wish them all well with these productions.”