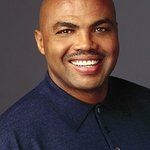 Four Teams, four captains, and four charities! On June 7-8th, in Palm Springs California, the Pro Team Sports Challenge will finally settle the debate as to which athletes are the best golfers. Led by Team Challenge Commissioner and NBA legend Charles Barkley, the two-day golf event will pit some of the best athletes from four sports – baseball, basketball, hockey, and football – against each other on the greens. The event will raise money for four different charities while introducing a cool new feature: fan interaction.

During the course of the event, fan interaction will influence the outcome of the game; think ‘American Idol’ meets sports. Fans can sign up at Team Challenge to become one of the ‘ProCoaches.’ ProCoaches will act as ‘virtual’ coaches from their computers or mobile devices, where they can make strategic decisions that will have a real impact on the outcome of the match. Do you think Team Hockey has a more competitive edge with their roster of established pros? Then get online, vote, blog, debate and trash talk with those who think Team Football has better golfers. You could actually win a spot on the greens and walk with your favorite Team inside the ropes as a ProCoach.

The $250,000 prize will be split among the designated charities for each team, as selected by the Team Captain. First place earns $100,000 for their selected charity; second place $75k; third place $50k; fourth place $25k. Additionally, the purse will increase for a charity by $1 for each fan that registers as a paid ProCoach for the sponsoring team. But you must register before May 19 in order to cast your votes, decide which players are playing better or worse than their stated handicaps, and help raise money for the selected charities.

The team captains spoke about the event last week and revealed which charities they selected.

“This is one of the most unique events I’ve ever played in.” said Drew Brees. “To find four guys from major sports and bring them together in a fun atmosphere – it’s incredible. I’m gonna have a chance to meet and play with guys I’ve watched growing up – Hall of Famers, world champions.”

Brees also spoke sincerely about playing for charity: "Our charity is Operation Kids. Its an international charity whose mission is to care for the total wellbeing of the child. They focus on education and healthcare for kids, and they’ve done some phenomenal things."

Baseball team Captain Ozzie Smith was equally as enthusiastic about participating and raising money at the same time: "To have all these guys at the same place at the same time makes it a great event. My charity is Baseball Assistance Team (BAT), they assist families and players that have fallen on hard times, older players who didn’t reap the benefits of long contracts."

Hockey team Captain, Mario Lemieux, spoke about his participation: “Just having the fans involved at the same time and, most importantly, to raise money for some great charities.” His charity? Hockey Fights Cancer. “Its been going on for a few years, and helps those who’ve had cancer – I’m one of them. in 1993 I was diagnosed with Hodgkin’s disease, so it’s very dear to my heart.”

Commissioner Barkley, whose charity is the United Service Organization, was not available for the press-call, and Drew Brees opined as to why: “I’m sure he’s strategizing as we speak.” Brees has his own strategy: “Everybody has their own little ritual, I just grip it and rip it!” he said.

The Pro Team Sports Challenge will be held on June 7-8th in Palm Springs, California, at the Eagle Falls Golf Course.