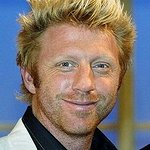 London will be the focus of the sporting world when it stages the 2012 Laureus World Sports Awards Ceremony on Monday, February 6.

The Laureus World Sports Awards, which recognize sporting achievement, are the premier honors on the international sporting calendar. The winners, as voted by the Laureus World Sports Academy, the ultimate sports jury, made up of 47 of the greatest sportsmen and sportswomen of all time, will be unveiled at a globally televised Awards Ceremony staged at Central Hall, Westminster, in London.

Proceeds from the Laureus World Sports Awards directly benefit and underpin the work of the Laureus Sport for Good Foundation, which supports 91 community sports projects around the world. Since its inception, Laureus has raised €40 million for projects which have improved the lives of more than one-and-a-half million young people.

Double Olympic gold medallist Edwin Moses, Chairman of the Laureus World Sports Academy, said: “I am delighted that the 2012 Laureus Awards is to be staged in London. Sport is close to the hearts of everyone in London and the UK and that makes me very excited that the Awards are being held here. I am thrilled that so many members of the Laureus Family will be there to salute the greatest sportsmen and sportswomen of the year.”

Boris Johnson, the Mayor of London, said: “I am excited that the Laureus World Sports Awards and the Laureus Sport for Good Foundation have decided to bring the Awards to London for 2012. Laureus and I share a commitment to making sport a positive part of everyone’s life regardless of age and ability. Celebrating the power of sport here in London with the world’s sporting superstars will provide the perfect start to our Olympic year and it marks the beginning of a real and long-lasting grassroots sports legacy for London and beyond.”

The full list of Nominees for the 2012 Laureus World Sports Awards is: