Look to The Stars Asks Five For Fighting's John Ondrasik 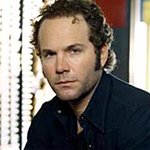 John Ondrasik, the recording artist behind the pop-rock sensation Five For Fighting, has been offering Americans support and inspiration for more than 10 years. His song, Superman (It’s Not Easy) became an anthem after the 9/11 attacks, and was performed at The Concert for New York City in late 2001, and then added to the charity album Live in the X Lounge IV. His support has continued through a USO tour of Guantanamo Bay and other bases in Cuba in February/March of 2007, followed by a tour of Japan, Guam and Hawaii in November. That same month he coordinated the release of 13 free songs for US military members called CD for the Troops consisting of tunes from Billy Joel, Gary Sinise, Brooks and Dunn, Jewel and many others.

Ondrasik created WhatKindofWorldDoYouWant.com, the first video charity website, early last year. Based on his song, World, the website offers a place where people can go to be creative and entertained, while supporting charity.

John was kind enough to take some time to answer our questions about what inspires him, and what he feels people can do to make a difference.

Where did the idea for What Kind Of A World Do You Want come from?

We’d noticed over the years how folks would make home movies to a few of my songs. We thought, in this age of You Tube, we’d build a platform to allow expression and raise money for good causes at the same time.

You’ve made a few changes to the site over the last year, how is it going? Are you pleased with the response and the way it is growing?

Now that we have a sponsored model (companies and private individuals send donations) we are raising more money. Still, the beauty of the site to me is the community and cathartic nature that the comments and videos have on those who make and watch them. To see a couple hundred families with Autistic children make there own video’s shows the potential of what we are doing…

What do you hope to achieve with the site?

I think the combination of an individuals creativity combined with the desire to give to something to those in need has no bounds.

Why do you think people should take an interest in the site and visit it?

Beyond the charitable aspects, there are some great videos. Some are educational, some are amusing, but virtually all will make you think and move your spirit… What was your inspiration behind the CD For The Troops? Why is this issue important for you?

I think it’s our duty to do our part for those who secure our freedom. I can’t pick up a gun and go to Iraq, but I can try and help morale by producing efforts that express or appreciation and thanks to our troops and their families. The best thing about the CD is that is non-partisan with artists for both sides of the political worldview. Whatever we think about policy, we must never forget that over our nations history 2.8 million soldiers have died for that luxury.

In the aftermath of 9/11, you played benefit several concerts for New York. How did the attacks affect you? Do you think it affected the nation in a philanthropical way… do people want to help each other more?

I think after 9-11 the country rallied spiritually. It showed the character of New York and America as a whole. Sadly we’ve lost some of that. I do think the press does not focus on how philanthropic American’s are, both private and corporate. I’ve been blown away by some great work done by corporate America for various causes and met some amazing people who change the world every day. American’s are for the most part incredibly caring and giving.

Do you believe America is a nation of givers? Can the nation do more on a personal level? A national level?

I guess I answered that question. We can always do more but we have to smart with our efforts and our dollars. We don’t need photo ops we need to commit to causes and have partnerships around the world. Charities need to be responsible to their donors and we need to be better at getting resources to those who need it.

Why do you think it is important to give freely and help others?

Giving is a selfish enterprise; you always get more than you give.

Where do you find your inspiration to help others?

From those who have given much more than I ever will.

At the present point in time, what do you think is/are the biggest problems, social and/or environmental, facing the world today? What can people do about it? How can 1 person make a difference?

We can all make a difference in our private circle of influence and in the larger world. Taking your child to a VA fundraiser or Special Olympics is as voluble as writing a big check. Every person can find his or her way. As far as problems in the world, I’ve always been a fan of that which allows us to proper and help each other. Until every man, women and child has Freedom of Expression, Freedom of Religion, and basic human rights we can’t rest.

Do you have any more ideas or future plans involving philanthropic work that may interest our readers?

We’re working on CD for the Troops II and continuing to focus on whatkindofworlddoyouwant.com.

Do you have a personal message for our readers?

I just took my son to a Stephen Hawking lecture this week, and I’m sure Hawking would agree. Look to the Stars.

Thanks so much for your time, John. We wish you the greatest success merging music with philanthropy!

Those wishing to help support John’s efforts can visit WhatKindofWorldDoYouWant.com, buy a CD in support of US Troops, or purchase a Five for Fighting charity bracelet from the Do Good Jewelry Collection.