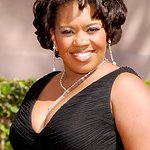 In true Southern California fashion, there was a Hollywood feel on Sunday morning at the inaugural Rock ‘n’ Roll Pasadena Half Marathon benefiting CureMito!. In support of the Pasadena-based charity, Grey’s Anatomy actress Chandra Wilson joined co-stars Kim Raver and Justin Chambers to raise awareness and funds for the research and treatment of mitochondrial disease at the 13.1-mile event.

“CureMito! was my biggest inspiration, which definitely is what got me out here, supporting Chandra and her daughter Sarina. I think when you have something that you are running for, it really keeps you going and you want to make a difference for those kids,” said Raver, who plays Dr. Teddy Altman on Grey’s Anatomy and finished her first half-marathon in 2:02:35. “CureMito! is an amazing organization and I am so happy to be here in support of Chandra, she is such a team player on the set of Grey’s. It was really emotional crossing the finish line and the music on the course was awesome.”

Joining the Grey’s Anatomy cast were several celebrity runners, most notably Joey McIntyre of New Kids On The Block, who finished his first half-marathon in 1:53:40.

McIntyre was joined at the start line by Access Hollywood’s Kit Hoover (1:40:33) and Scott “Movie” Mantz (2:01:46), along with Sons of Anarchy actress Kristen Renton (3:06:04). Also participating in the event was Sarah Reinertsen, the first female leg amputee to complete the Ironman Triathlon World Championships (2:42:10) and Dr. Andy Baldwin, former star of ABC’s ‘The Bachelor’, who finished with a new personal best of 1:29:29.

2010 USA Marathon champion Sergio Reyes won the men’s race, while Yuri Kano of Japan crossed the finish line first in the women’s race. Reyes, who is training for April’s Boston Marathon, won with a time of 1 hours, 5 minutes and 24 seconds to earn his first ever Rock ‘n’ Roll Marathon Series victory.

“I knew it was going to be a little challenging and the hills started to take their toll though ten, eleven miles. But I was looking forward to this as my only half leading up to Boston and it was a good way to mimic that course,” said Reyes, who finished over two minutes ahead of Mark Batres in second place. “I was able to use the crowd support to keep me motivated. It was a perfect day with good weather, I’m happy.”

Kano, who clocked a 1:14:36, will run the Nagoya Marathon in Japan on March 11, which is the last selection race to choose the Japanese Women’s Olympic Marathon team for the London Games this summer. She is technically the defending champion of Nagoya, since last year’s marathon was canceled after the tragic earthquake and tsunami in Japan. The 2012 Nagoya Marathon will take place on the one year anniversary of the tsunami.

Mary Akor of nearby Hawthorne finished second in 1:15:09. Professional triathlete Magali Tisseyre finished third in 1:22:47, a day after a being involved in a minor car accident while cycling on a training ride.

“It’s not the fastest time and it wasn’t only the bike crash or the hard ride yesterday, but at the triathlon I did last weekend I had a great swim and then hopped on my bike and I had a flat tire. So everything put together, I was just here today to race for myself, to have fun and go as hard as I could,” said Tisseyre, who was the third place finisher at the 2010 Ironman 70.3 World Championships. “This is more of an experience than an event. I really needed the motivation because I was destroyed coming into today. The concerts along the course and the crowd were fantastic, you could tell there was attention to every detail and it helped make for a great day.”

The event attracted more than 7,000 entrants who began the race in front of the iconic Rose Bowl façade, running across the Colorado Bridge, through Old Town Pasadena, around the Brookside Golf Course, enjoying the sights of numerous scenic landmarks, including the Tournament House and the Norton Simon Museum. The event concluded with a finish line festival at the Rose Bowl with a post-race concert headlined by Sugar Ray.

CureMito’s mission is to increase awareness and understanding of mitochondrial disease, and its related functional disorders, through clinical and laboratory research, in order to develop innovative and effective therapies for those suffering from these conditions today. Find out more here.