Benjamin Bratt And Taye Diggs To Take Part In CHIMEapalooza 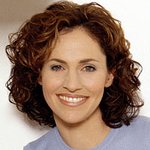 Acclaimed actors Amy Brenneman, Benjamin Bratt, Taye Diggs, Laura San Giacomo and Muse Watson are lending their talents to an evening of theater and music next month to raise money for the CHIME Institute, which has extensive ties to California State University, Northridge.

The CHIME Institute is a national leader in the development and implementation of inclusive education—where children who develop typically, children with special needs and children who are gifted learn side by side.

The event, “CHIMEapalooza,” is scheduled to take place from 7 to 9:30 p.m. on Saturday, March 10, in Cal State Northridge’s Campus Theater, located on the southwest corner of the university near Nordhoff Street and Etiwanda Avenue.

“There’s a revolution going on at this institution that goes beyond inclusive education,” said Brenneman, one of the evening’s organizers. “The more I talk to people, the more I learn the history of this place, the more amazed I am at the role it is playing in desegregating society in a way never demonstrated before. Literally, without CHIME many of these children would never have been in the same classroom. Yet, as educational research has shown, not only are these kids in the same classroom, they are all thriving.”

Brenneman said she believes so passionately in what CHIME does that she asked her colleagues to join her in a fundraiser that features their talents, and those of parents in the program, that would draw attention to the institute.

The evening will feature musical performances, an original one-act play written by film and television director Brad Silberling and starring Bratt, as well as appearances by Brenneman, San Giocomo, Watson and Diggs.

Erin Studer, executive director of the CHIME Institute, said he is touched that so many people in the arts and CHIME communities were willing to give of themselves to support the institute.

“It’s such a wonderful demonstration of commitment to what we do,” he said. “This event is about making sure that the entire community knows about all our inclusive efforts, from infant/toddler, preschool and the charter school. How on a day-to-day basis CHIME is living out the inclusive philosophy and serving hundreds of children in Los Angeles.”

Tickets for the evening are $100 per person for reserved seating and $75 for general admission. For tickets, visit the official website.

Established in 1990, the CHIME Institute, is a national leader in developing and implementing model educational programs and dynamic research and training environments to disseminate best practices in inclusive education. The institute’s research and training center is housed in Cal State Northridge’s Michael D. Eisner College of Education.

The institute began with an early childhood program based at California State University, Northridge. The success of the early childhood program, coupled with the needs of the community and sound research, prompted a group of parents and CSUN faculty to develop a charter elementary school in 2001 and charter middle school in 2003. The two schools were merged into a kindergarten through eighth grade school in 2010 and named the CHIME Institute’s Schwarzenegger Community School.

Inclusive education at CHIME means that children who reflect the demographics of the surrounding region—including children who develop typically, children with special needs and children who are gifted—learn side by side. CHIME’s model allows for the individual needs of each child to be addressed in a manner that enhances each child’s strength, while also addressing learning needs.

In addition, CHIME serves as a model for educators through its partnerships with the Eisner College of Education and the Los Angeles Unified School District. It facilitates research opportunities and regularly hosts visitors from surrounding districts and from as far away as Japan and the United Kingdom who are interested in replicating CHIME’s successes in their own schools and communities. The work of the institute has been recognized by the U.S. Department of Education as a model for full inclusion of students with disabilities and for providing a blueprint for local schools across the country.

Proceeds from CHIMEapalooza will go toward supporting inclusive practices for children in the institute’s educational programs and schools. Find out more here.

Help Someone You Know