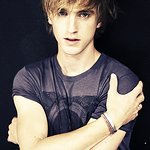 Harry Potter actor Tom Felton is calling on his fans to join him in the fight to eliminate seven neglected tropical diseases (NTDs) by 2020. As an ambassador for the END7 campaign, Felton is helping to raise public awareness about these devastating diseases of poverty that infect one in six people worldwide, including 500 million children.

It costs just 50 pence to treat and protect one person against all seven major NTDs for an entire year. Pills to treat these diseases are donated by pharmaceutical companies and many programmes use existing infrastructure, such as schools and community centres, to administer the treatments—making NTD treatment one of most cost-effective public health initiatives available today.

“I was inspired to support the END7 campaign when I learned how easy it was for young people to get involved,” said Felton. “By donating just a few pence, anyone can help get these treatments to people who need them most and hopefully change the future for the millions of children growing up in developing countries around the world.”

NTDs cause blindness, massive swelling in appendages and limbs, severe malnutrition and anaemia. These diseases prevent children from growing and learning. They reduce adults’ economic productivity and ability to care for their families, and thus keep families and communities trapped in a cycle of poverty and disease.

The END7 campaign, launched in January 2012 by the Global Network for Neglected Tropical Diseases, an initiative of the Sabin Vaccine Institute, aims to raise the public awareness and funding required to cover the cost of distributing medicine and setting up treatment programmes for NTDs. It is the first comprehensive public awareness campaign dedicated to NTD treatment and elimination and relies heavily on compelling visual content disseminated through various social media channels such as Facebook, Twitter and YouTube to spread its message. Bill Nighy also supports the campaign.