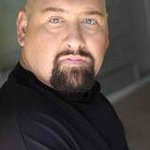 Actor/Producer/Director/Humanitarian Scott L. Schwartz, in association with The Scott L. Schwartz Children's Foundation, is making an impact on Children’s Hospitals worldwide. Scott will visit the St. Jude’s Affiliate Clinic at the Feist-Weiller Cancer Center at LSU Health Shreveport as well as the LSU Children’s Hospital while working on “Super Day”, a film with unB10 Productions about a stressed out superhero that has to protect his secret identity when he’s blackmailed by a kid with revealing pictures.

“Super Day” is competing in the local LA Film Prize competition for a shot at $50,000. It will also be submitted to numerous festivals and will seek distribution. A portion of the net profits from the film will be donated to St. Jude’s on behalf of the Scott L. Schwartz Children’s Foundation. Fans and supporters may also help by donating on the website at www.indiegogo.com/superday or by contacting the film’s director, Chris Wade, at chris@unb10.com. Twenty percent of all contributions from the “Producing Hope” package on IndieGoGo will also go to St. Jude’s.

Scott L. Schwartz is widely known as the “Ultimate Bad Guy” from his acting career including: Ocean’s 11, 12 & 13, Starsky & Hutch, Fun With Dick And Jane, Buffy The Vampire Slayer, Star Trek Voyager, among other feature films. This year Scott reprises his most cherished role of the “Ultimate Nice Guy.” Scott L. Schwartz has been visiting children’s hospitals worldwide for the past 12 years after losing his sister to lung cancer in 1998. After that he realized the value and impact in making a lasting impression on children with cancer and how important it is to make each child feel special and cared about. Scott enjoys visiting the cancer centers and bringing what joy he can into the lives of every child he visits. They are always smiling when he leaves the rooms and usually begging him to return soon.

Scott L. Schwartz Children’s Foundation plans to make a difference in the lives of each child in need by continuing to visit hospitals worldwide, helping Children's Hospital of Orange County (CHOC), Alicia's House Food Pantry and Toys for Tots foundation of Seal Beach.