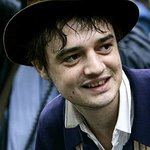 They came, they saw, but they didn’t quite conquer. Poor old Pete Doherty and his Babyshambles team mates were unable to defend their title at the Samaritans Celebrity Soccer Six football tournament at Millwall Football Club last week.

Despite showing some impressive foot work, Babyshambles lost out 3-1 in the final match to the Faithless team, with Doherty only just making the match… he was released from prison a few days beforehand.

But past misdemeanors were put aside for the game, which raised awareness and money for the Samaritans, a 24 hour emotional support charity.

“Soccer Six allows Samaritans to raise awareness of the 24:7 emotional support that we offer, and in light of the recent suicides in Bridgend in Wales, it is vital that we reach out to young people out to young people at an earlier stage before problems seem much more difficult to manage,” said Claire Duncan from Samaritans. “Samaritans is here to listen, not to judge or make assumptions but to give people the time and space to work through how they are feeling. If you need emotional support then get in touch.”

Doherty has been a longtime supporter of the charity, especially the work they do with prisoners: “Samaritans provide a service called the Listeners where they train inmates so if you’re struggling any time during the night you’ve got someone you can spill your heart out to.”

Other celebrities to take part in the tournament included The Wombats, The Twang, Michelle Heaton, Jade Goody, Dave Gorman, and contestants from Big Brother, X Factor, and The Apprentice. 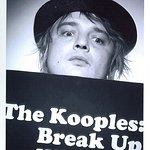 Although fashion label The Kooples has listened to the public outcry and dropped angora wool, it still sells fur from raccoons, foxes and coyotes – and that’s why Pete Doherty, who once designed a collection for The Kooples, sent a letter on PETA's behalf calling on the store to go entirely fur-free. More →