All Eyes Are On The Fate Of Mr Chen 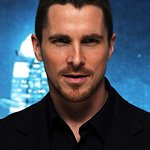 Chinese civil rights activist Chen Guangcheng made headlines last week when he arrived at the American Embassy in Beijing. He had escaped house arrest in the dead of night on 22 April and then travelled 500 kilometres to the embassy for refuge. It was days after his escape that his house guards noticed he was missing. His coup is made even more remarkable in that he is blind.

Following four years of prison, the dissident was under house arrest in Dongshigu village, Shandong province for close to two years on what is widely reported to be fabricated charges by local authorities to silence his activism. Illiterate into his 20s, he had taught himself law and subsequently exposed victims of forced sterilizations and abortions.

A hero to many, visitors to his home were aggressively prevented access to him by the guards. Actor Christian Bale and a camera crew were also manhandled during an unsuccessful attempt to meet Mr Chen at his house last December.

But days after Mr Chen’s escape, the story became even more bizarre. Although a planned visit to China by US Secretary of State Hillary Clinton fell on the heels of Mr Chen’s escape, world press reports indicated that agreement on Mr Chen’s fate may be reached ahead of the talks in order for China to save face.

First it was thought that China would allow Mr Chen and his family to receive asylum in the States. Later, it was reported that Mr Chen did not want to leave China, and then that he, his children, wife and mother would be granted permission to live in another area of his country, free of the beatings and harassment suffered in his village while imprisoned in his home.

However, once he left the protection of the US Embassy and entered a Beijing hospital to treat injuries suffered during his escape, different stories emerged: that China demands a formal apology for American interference, that Mr Chen only said he wanted stay in China because his family was under physical threat from Dongshigu authorities, that he feels abandoned by the US and that he does want out of China.

On Friday the Globe and Mail reported, “Soon, the hospital’s name was a banned search term on the heavily-censored Chinese Internet, joining Mr Chen’s name and that of Dongshigu, as well as more innocuous terms like ‘blind man,’ ‘American embassy’ and ‘Shawshank Redemption,’ the name of a Hollywood film about a prison escape.”

All hope is not yet lost for Mr Chen and family to get out of China. Mr Chen has been offered a fellowship from an American university. A Chinese foreign ministry spokesman said, “Chen Guangcheng can apply through normal channels to the relevant departments for relevant paperwork, just like any other Chinese citizen.”