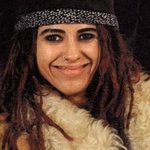 The L.A. Gay & Lesbian Center raised more than $445,000 during “An Evening with Women” on Saturday, May 19 in the International Ballroom of the Beverly Hilton Hotel.

The dinner and show, co-chaired by singer/songwriter/producer Linda Perry and impresario/event producer Brent Bolthouse, featured performances by some of the most influential people music and entertainment including Courtney Love, Linda Perry, Camp Freddy, Wanda Sykes, Aimee Mann and Gina Gershon.

The night began with a chic cocktail reception and silent auction at 6 pm, followed by the dinner and show at 8 pm. The show kicked off with humorous spoof videos starring Linda Perry and L.A. Gay & Lesbian Center Board of Directors Co-chair LuAnn Boylan which introduced each of the live auction items. Lucky bidders were able to walk away with incredible travel and dining packages, and exclusive celebrity items such as a Linda Perry’s very own low-rider Fat Boy Harley Davidson.

Kat Von D opened the performance element of the evening, making her musical debut with a cover of “Runaway,” followed by a soulful performance by Aimee Mann who sang a three-song set including hits “Little Bombs,” “Save Me,” and “Voices Carry.” Gina Gershon then took the stage with Camp Freddy, singing an energetic cover of “Rebel Rebel.” Next up, Linda Perry joined Camp Freddy for a two-song set including covers of “Communication Breakdown” and “Whole Lotta Love.” Lastly, musical icon Courtney Love closed out the show with a cover of “Under My Thumb,” followed by performances of “Violet,” and “Make Me Over,” the latter during which Roseanne Barr joined Courtney on stage for, dancing along to the tunes. Brent Bolthouse then introduced D.J. Samantha Ronson who kept guests dancing during the high-energy after party.

Known for years as L.A.‘s premiere event for lesbians, bisexual women and their allies, “An Evening with Women” has soared to new heights under the direction of the event’s co-chairs – Linda Perry, Brent Bolthouse, Shannon Del and Center board members Kelly Lynch and Annie Goto. The event benefits the Center’s vital services for women and girls, including: food and shelter for homeless youth; services for seniors; legal assistance; domestic violence services; health and mental health services and cultural arts programs.