Showdown is an 8-a-side soccer match featuring NBA and professional soccer players, joining forces to support the Steve Nash Foundation’s work to benefit underserved children. 100% of proceeds from the auction and ticket sales will benefit the Foundation’s work to increase access to high-quality early learning services to children through Educare.

“This is an exciting Showdown, on a special day in the soccer world, the day of the Euro semifinals,” said Steve Nash. “Getting to play in New York City with so many friends and players I admire, and having the event reach so many kids through my Foundation really makes Showdown my favorite event. Our sponsors have been incredible in letting us build on what we offer to fans; that so companies and athletes give of their time and energy to come out is something I always appreciate, and we’re looking forward to the best year yet.”

The game kicks off at 6:30pm, with the best of two sports worlds competing at Sara D. Roosevelt Park in the Lower East Side (at Chrystie and Stanton Streets). Afterwards, Nash, fellow players, friends and fans will gather for Showdown After Hours, a cocktail party and live auction.

Tickets and VIP packages to Showdown and Showdown After Hours, as well as unique contesting opportunities, are available now at www.SteveNash.org/Showdown. Live insights into this year’s lineup, archived materials and prizes (including autographed merchandise) are on the official @SteveNashFdn twitter handle now. 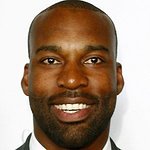