Stars Imagine A World With No Math For Charity 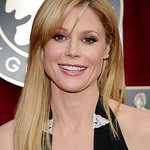 Imagine a world with no math. What a wacky place it would be. But that is exactly what a team who work at “The Daily Show with Jon Stewart” pondered in a volunteer project for a new Save the Children video starring Michael Boatman (“Anger Management”), Julie Bowen (“Modern Family”), Simon Helberg (“The Big Bang Theory”) and John Oliver (“The Daily Show with Jon Stewart”).

The video is part of a Save the Children online fundraising campaign through CrowdRise to bring a new community-wide math program to elementary school children struggling to learn basic math in Africa and Asia.

“As a child who loved learning but struggled with math, I dreamed about a world in which I’d never have to study Algebra again,” said Michael Boatman. "But as an adult I’ve learned the value of numeracy in an increasingly numbers-driven world. What would the human race achieve without math? In the words of Dean Wermer from Animal House: “Zero. Point. Zero.”

“Math is essential to helping children succeed in school and the real world,” said Carolyn Miles, president and CEO of Save the Children. "While carrying out our community-wide program to boost children’s reading skills, we discovered the pressing need to build up children’s math skills as well. We were alarmed to find through our research that young children could not master simple math problems even after several years of schooling.

“To close this gap, Save the Children decided to launch its first global education program focused on math in remote, poor corners of the globe. In addition to supporting kids with math skills they need for daily tasks like counting cattle, our program aims to empower children to break free from the clutches of poverty and take hold of opportunities to change their own lives,” added Miles.

Save the Children tapped the power of crowdsourcing for social good on CrowdRise, founded by Edward Norton, Shauna Robertson and Robert and Jeffro Wolfe, to help boost support for young, budding mathematicians around the globe. The “A World with No Math” CrowdRise campaign, which seeks to raise $250,000, will run through August 18.

Save the Children’s new math program, called Numeracy Boost, will focus on teaching children basic math skills both in and out of school. With the funds raised through the “A World with No Math” campaign, Save the Children will roll out the math program in Bangladesh and Malawi in 2012, measuring what students already know about math, giving teachers concrete skills in math to help develop their students’ math knowledge and engaging parents, volunteers and children in community-wide math activities.

Through the “A World with No Math” Twitter promotion, donors to the campaign can receive some awesome math gifts like rulers, calculators, protractors and measuring tape autographed by the team of celebrities featured in the video, or an outgoing cell phone message by movie-trailer voiceover king, Richard Green, who lent his talent to “A World with No Math” video.

Fundraising for Save the Children’s “A World with No Math” campaign is as easy as 1,2,3:
1. Go to www.crowdrise.com/AWorldwithNoMath
2. Select the fundraising page for any of your favorite actors/comedians backing the campaign.
3. Click on the donate button and enter the amount of your gift. Do the math and watch the donations add up.