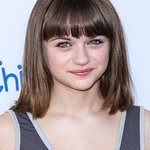 “The Shoe Crew”, a philanthropic group of kids, teens, and celebrities, kicked off their summer effort to collect new athletic shoes for underprivileged youth with a red carpet launch event held at The Malibu Country Club, on Friday, June 22nd.

They were joined by teen celebrities such as Joey King, Dylan Riley Snyder (Shoe Crew member) and Haley Pullos, who attended to help raise awareness for this amazing cause.

“The Shoe Crew” is determined to help make a difference in the lives of underprivileged youth by providing them with much-needed new athletic shoes.

They are spending their summer working hard to meet their goal of 2200 pairs of shoes before kids head back to school this fall. They received a huge push towards their summer goal at their launch and have already collected 822 pairs of new shoes for this worthy cause.

The Shoe Crew has organized fun events this summer to collect the shoes. Their goal is to provide new shoes to all of the youth served by A Place Called Home and in addition, they are aiming to fill up the entire warehouse located at the Shoes That Fit corporate office in Claremont, CA.

The launch event at Malibu Country Club was just the first of 11 events planned throughout the summer. Over 200 attendees heard Shoe Crew members make a presentation about their summer efforts, in addition to the inspiring words from the Executive Directors of the two charity organizations that are benefiting from the efforts of The Shoe Crew.

“We’re ecstatic that our first event was a success and people really paid attention to such a worthy cause,” said Kayla Tinucci, a junior at Canyon High School and the Captain of “The Shoe Crew”. Teen actress Victoria Strauss, went on to say, “It’s a rewarding feeling to know that we’re well On our way to meeting our goal. I can’t wait for the next event!”

For the entire day (2pm to midnight), anyone can bring in a pair of shoes in exchange for an hour of free jump time. Celebrities Aedin Mincks from Ant Farm and Rachael Crow will also be present to sign autographs for those who donate shoes. There will be a red carpet for people to walk if they bring shoes along with games and prizes.

At each event, they will be collecting shoes in exchange for discounted or free entry fees to activities. These events are being sponsored by local businesses. Some of the corporate sponsors of The Shoe Crew include Vlado Footwear, Vitaminwater, Goodie Girls Cupcakery, Western Digital, K Spin Designs, Via Trading, Crushcrush Couture, The Malibu Country Club, Sky High Sports – Costa Mesa, Racers Edge Indoor Karting – Burbank, and many more. Vlado Footwear is working with the Shoe Crew and will be matching the first one thousand pairs of shoes donated to The Shoe Crew with Vlado shoes.

“We are so thankful to all of our sponsors, and Vlado Footwear’s offer to match the first 1000 pairs of shoes donated is really helping us to meet our goal” said 12 year old actress Paris Smith.

The Shoe Crew consists of over twenty three members— primarily actors, celebrities, and public figures. The list of team members can be found on the official website www.TheShoeCrew.org.

Each of the kids on The Shoe Crew is responsible for a specific job this summer as part of The Shoe Crew team. This is a kid-driven effort and the kids are working hard to make it happen. The kid’s jobs include designing and maintaining the website, contacting sponsors, creating videos, selling t-shirts and raffle tickets at events, promoting the events and working together as a team all summer to accomplish their goal of collecting the thousands of pairs of shoes.

“This effort is all about team work” said Kayla Tinucci. “We are only kids, but kids can do so much if they set their minds to it”. She went on to say “We have been working hard, but it’s a lot of fun because we are doing something we are all passionate about.”

Many of the underprivileged recipients who will benefit from the Shoe Crew’s efforts are in need of emergency assistance. Some of these youth are from homes that have burned down, have fled domestic violence situations, or whose parents have had to choose between a roof over their heads or food on the table versus the other basic items their children desperately need. The Show Crew is devoted to helping these underprivileged youth who aren’t able to afford necessities that are generally taken for granted, such as shoes.

To learn more about how you can make a donation or volunteer at an event, visit www.TheShoeCrew.org.