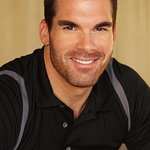 Stars came out for the Los Angeles Mission End of Summer Block Party in the weekend.

One in four children in Los Angeles live in “concentrated poverty” according to the 2012 Kids Count Data Book released recently by the Annie E. Casey Foundation.

Based on US Census figures, the study shows that one in eight Los Angeles Children live in “extreme poverty” (meaning the family’s household income is less than half the national poverty threshold. The poverty threshold is just over $22-thousand dollars a year for a family of four). Many of those thousands of children are homeless – about 1,000 homeless children live in the Skid Row area.

“Education is a way out of poverty, and for kids, a way to prevent homelessness,” said Herb Smith, president of the Los Angeles Mission. “We design the End of Summer Block Party at the Los Angeles Mission as a place to have fun, but the real reason for the event is to encourage and equip children for successful educational experiences.”

That’s the reasoning behind the distribution of backpacks full of school supplies. “Any family in such extreme poverty as we see here on Skid Row probably doesn’t have the money to buy the school supplies required for classes,” said Smith. “Our volunteers and donors help a bit to ease that burden.”

“There were times when I needed certain supplies, tablets and pens, and I just didn’t have it. I couldn’t complete assignments because I didn’t have the correct supplies,” said 53-year-old LeVarion Thornton, formerly homeless, now a participant in the Los Angeles Mission long-term rehabilitation program.

“My family sacrificed a lot – cut back on some things because they knew how important it was. I just wouldn’t do the assignment and that’s what helped my parents see how important it really was. To see other kids have what you don’t, it does something to your self-esteem. (Having supplies) makes a big difference in how kids look at education. It makes them feel more confident,” Thornton said.

Thornton is a student again at the Los Angeles Mission. He is aiming toward a career in drug counseling when he completes the year-long rehabilitation program, and completes some additional education. He knows the importance of education for kids. He says: “I don’t want the younger kids having the same experiences that I did.”

About one thousand backpacks full of schools supplies were handed out to grateful kids Saturday. The day was the result of a combined effort by nonprofits, businesses and people who just want to help. For the first time in 2012, there were also shoes for the children. Soles4Souls partnered with BOBS from SKECHERS to provide more than a thousand pairs of shoes.

“Soles4Souls has been a long-term partner of the Los Angeles Mission, and we are pleased to be partnering with them on their back-to-school event this year,” said Kevin Goughary, CEO of Soles4Souls. “Self-confidence is an important part of the effectiveness of learning, and nothing can affect a child’s self-image like their shoes. We are glad to be able to provide shoes for the children of LA with the help of our partners, SKECHERS. Poverty is an epidemic that knows no bounds, and is growing within our own country. It is important to remember the children here in the US who need assistance, as well as the children around the world. Soles4Souls is committed to improving as many lives as possible with a pair of shoes.”

“In just over a year, BOBS from SKECHERS has donated more than 1 million pairs of new shoes to children in need worldwide, and we’re close to reaching 2 million pairs. We believe companies that have the means should do what they can to help make a difference,” said Michael Greenberg, president of SKECHERS. “It’s important for any brand with a large customer base to join the cause to ‘give back’ so we can all make an even bigger impact.”

For more than a decade the Block Party has been a way for kids to play, have fun, win prizes and forget about their circumstances – if for only a day. The Los Angeles Mission has been serving the homeless and poor in the Skid Row area for more than 75 years. What started as a soup kitchen in the Great Depression in 1934 continues to serve the needy in the great recession of 2011.

U. S. Bank provided $25,000 in financial support for the event, and U.S. Bank employees will be at the event to hand out backpacks and coloring books, apply temporary tattoos, run the game booths and serve food.

“The End of Summer Block Party is a special event for so many reasons, not the least of which is because we have the opportunity to make a lasting, positive impact on kids who have faced enough challenges to fill a lifetime,” said Sean Foley, regional president for U.S. Bank in Southern California. “We are proud to be the bank partner to The Mission and support the families it serves.”

Fifth Street, the main street of Skid Row was decorated with bright and colorful tents and inflatable play areas set up for maximum fun. Slides, a dunk tank, face painting, crafts, games and of course backpacks full of school supplies were spread down the street.

Children from age 4 to 17 got a backpack. Nearly 1,000 backpacks and the school supplies that are so important at this time of year were distributed. Supplies, including pencils, notebooks, crayons, erasers, folders and arts & craft items were donated. Schools supplies were donated by many in the community, as well as businesses like Jackson-Hewitt.

Celebrity volunteers always come to Los Angeles Mission events. They worked to make sure everyone had a good time, and helped In-N-Out Burger, King Taco and the Los Angeles Mission kitchen crew serve a picnic to the Block party participants and their families. Snow cones were provided by volunteers from marketing firm Russ Reid.

The famous “Nickel” – the name that Fifth Street had had since the Mission was founded in the 1930’s – was closed by 6:00 AM. Vehicular traffic was re-routed around the street between Wall and San Pedro so that setup could start early Saturday morning. There were inflated bounce houses, slides, craft tents and food service areas set up. Families started lining up early so they could have plenty of time for food and fun before getting their school materials and backpacks.