Joe Walsh, Pat Benatar and Neil Giraldo, Toto, MC Hammer, Gin Blossoms, and Missing Persons featuring Dale Bozzio will be performing at the Jack’s 7th Show at the Verizon Wireless Amphitheater in Irvine, California, on Saturday – and tickets will help families with autism.

$1 from every ticket will benefit TACA, an organization dedicated to educating, empowering and supporting families affected by autism. There will also be autism awareness mixed in with concert announcement spots, and special VIP Pit Tickets that directly benefit TACA.

Together, Jack FM and TACA have touched almost 80,000 people with announcements, the TACA message, and autism awareness. Countless others also heard the radio spots on Jack FM.

These events have the Jack FM signature of fun, while educating a large audience and helping to raise funds to provide programs for families affected by autism. 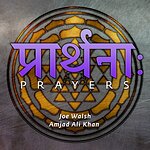