Katherine Heigl, Josh Kelley, Ne-Yo To Be Honored For Support Of Adoption Issues 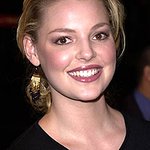 The Congressional Coalition on Adoption Institute (CCAI) is honoring actress Katherine Heigl, singer-songwriter Josh Kelley, R&B artist Ne-Yo, and PEOPLE Magazine as the 2012 National Angels in Adoption for their dedication and commitment to adoption and foster care issues.

“The Angels in Adoption Program proves that all it takes for a child’s life story to have a happy ending is for someone to step in and be their hero,” said CCAI Executive Director Kathleen Strottman. “Katherine, Josh, Ne-Yo and PEOPLE Magazine chose to get involved and make a difference. We are hoping others will hear their stories and feel inspired to do the same.”

Even before they were married, Heigl and Kelley had agreed on the importance of adoption in their future family. Heigl has spoken often of her strong feelings about the issue, as her sister was adopted from Korea. Two years after their wedding, Heigl and Kelley adopted their daughter Naleigh from South Korea when she was only 10 months old. Kelley also wrote the song “Naleigh Moon” for her and Heigl produced the song’s music video. The couple recently adopted their second daughter, Adalaide, from Louisiana this past spring.

“Adoption has always been a part of my life and my family,” Heigl said. “Josh and I are honored to be selected as National Angels in Adoption and we hope this recognition will help raise awareness of the millions of children worldwide who are without families.”

In 2007, Grammy Award winning R&B singer-songwriter Ne-Yo founded the Compound Foundation, a non-profit organization committed to increasing awareness about the status of those in the child welfare system. The foundation supports and partners with residential care facilities and independent group homes through programs aimed at teaching entrepreneurship and life skills that will empower youth to become productive, successful, and independent adults.

“I am deeply honored to be recognized as an Angel in Adoption. The fact is that every youth in foster care should receive the love and support that a family provides. The Compound Foundation works to help make that possible.”

PEOPLE Magazine has written countless stories on celebrities who have adopted children and has also covered adoption and foster care stories in its weekly section, “Heroes Among Us.”

“I am honored that Angels in Adoption has recognized PEOPLE’s rich history of reporting these beautiful stories of the utmost importance to families and children,” said Betsy Gleick, Executive Editor of PEOPLE. “We know they mean a lot to our readers.”

“Angels in Adoption is unlike any other program in the Nation’s Capital. Because of it, over 1900 Angels have come to Washington in celebration of adoption and left with a renewed appreciation of all that adoption makes possible,” said Kathleen Strottman. “On Capitol Hill, knowledge is power. The Angels in Adoption Program gives Members of Congress the knowledge they need to use the power they have to help make the dream of a family a reality for every child.”

The Angels in Adoption Program was established in 1999 as a Congressional press conference to honor outstanding individuals. Since then, the program has evolved into a yearlong public awareness campaign that culminates in an annual awards gala and celebration in Washington, D.C.