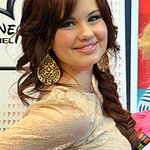 As part of National Preparedness Month this September, the American Red Cross has announced a $1 million grant from Disney to help kids and families prepare for disasters and other emergencies.

Disney’s investment will support the Red Cross Pillowcase Preparedness Program as well as other youth services. Disney also developed an interstitial that will air throughout the month of September on Disney Channel, which highlights simple actions kids can take to prepare for emergencies.

“We are so thankful to Disney for their support of the American Red Cross,” said Gail McGovern, president and CEO of the Red Cross. “Their generosity and collaboration is showing the public, especially our youth, how easy it is to prepare for the unexpected. Disney is helping us to prepare communities across the U.S., and they’re by our side as we respond to disasters.”

The Red Cross Pillowcase Preparedness Program – an initiative that eases children’s fears about disasters, emergencies and evacuations – will first pilot in New Orleans and Los Angeles. Children learn to pack their favorite items from home into a pillow case for easy transport, and parents learn ways to dispel their children’s concerns about evacuations.

“It’s essential for families to be prepared so kids feel safe in an unpredictable situation,” said Jay Rasulo, senior executive vice president and chief financial officer or The Walt Disney Company. “With the compassion and expertise of the Red Cross, along with Disney’s unique position to reach millions of households, together we hope to educate and empower families across the country with the tools and resources they need to feel secure in any environment.”

In addition to the grant, Disney’s Friends for Change – a global initiative that inspires kids and families to take action and make a difference in their communities – developed an interstitial that will air on Disney Channel and the Friends for Change website throughout September. The spot, which features Disney Channel star and Friends for Change Ambassador Debby Ryan (“Jessie”), shows kids three easy steps to prepare for the unexpected: Get a kit, make a plan, and be informed. The spot also encourages kids to involve their community and friends in the process.

The Red Cross and Martina McBride Urge Americans to Give Comfort Through Blood Donation Nov 19, 2020

The American Red Cross and country music star Martina McBride have joined together this holiday season to remind folks to take care of one another, sharing comfort and joy with hospitals patients through the gift of blood donation. More →