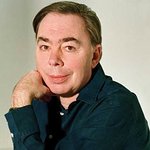 Prostate Cancer UK is spearheading a new dawn for men’s health with the launch of its ambitious MANifesto, an unprecedented plan designed to transform the landscape of men’s health.

The organization recently merged with Prostate Action, and it will use its combined might to speak with a direct, unified voice to improve the fortunes of men’s health. Despite being predicted to be the most common cancer in the UK by 2030, prostate cancer still does not receive the investment it needs in research, with the main test for the disease unreliable and treatments often bringing damaging side effects. Millions of other men have their lives blighted by the pain and misery of prostate disease such as benign prostate hyperplasia (BPH) and not enough is known about their causes.

As well as a pledge which sets out clear plans to invest in research and create innovative support solutions, through its MANifesto, Prostate Cancer UK wants to lead a movement for change, bringing men, politicians, health professionals, and others with them.

Andrew Lloyd Webber, a patron of the newly-formed charity, said: "For too long men’s cancers have played second fiddle to other diseases. I am delighted that Prostate Cancer UK has vowed to do more and effect change from today. I know, from experience, how this disease can impact on a man’s life. I was happy to stand up and speak out about my diagnosis at the time, and I am proud to be among the first to join the movement for change being led by Prostate Cancer UK.

“I am fully behind the launch of the organization’s comprehensive MANifesto which promises a new dawn for men and men’s health. I am urging others to join me in committing to a better future for men,” he added.

Prostate Cancer UK will triple its spend, investing £25million in research. Its priorities will be to find a new generation test for prostate cancer, one that does not pose the risk of unnecessary treatment to men. It will also be investing in ways of identifying those men most at risk of aggressive prostate cancer and new, less invasive treatments.

As well as finding answers for the future, Prostate Cancer UK will also do more – much more – to support men, and their families, now. It will significantly increase its investment into support, including innovations to reach men in their communities and provide support to men where and when they need it. It will also be creating a network of support nurses, filling the gap between hospital care and GP support.

The organization will be developing its first ever mass communications campaign to draw together a powerful coalition of healthcare professionals, politicians, the media, as well as men, to redress the injustices surrounding prostate cancer and prostate disease.

Owen Sharp, Chief Executive of Prostate Cancer UK said: "Despite being the most common cancer in men and projected to be the most common cancer overall by 2030, prostate cancer has been suffering from a prolonged period of neglect and underinvestment, leaving us decades behind where we need to be. Our plan is, without a doubt, the most ambitious and comprehensive improvement and change initiatives in the history of men’s health.

“This is more than a MANifesto. As well as setting out what we pledge to do for men, it is a call to arms, an invitation to join us. This is not a remote cause. It is very close to home, and we can make a concrete difference to thousands of lives now. Everyone with a Dad, brother or best mate has a vested interest in moving men’s health forward.

“Men, quite simply, deserve better. From this day forward, that is what Prostate Cancer UK is absolutely committed to ensuring they get.”